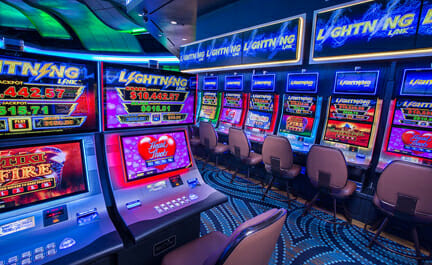 “Upholding appropriate standards is part and parcel of ensuring ongoing trust in our business and industry, and is an important part of Aristocrat’s high compliance culture.”

Ainsworth replied in a statement that it is vigorously defending the claims made by Aristocrat in these proceedings.”

Last year, Aristocrat sued to recover documents from Ainsworth to discover how it developed Jackpot Strike and whether it contained features copied from the Lightning Link. That claim demanded Ainsworth hand over source code, mathematical tables, game rules, artwork and commercial documents relating to the new machine.

Lightning Link has been one of Aristocrat’s biggest hits worldwide, and has already a spawned derivative game series.

Both Aristocrat and Ainsworth were founded and then sold by the 95-year-old gaming legend Len Ainsworth.