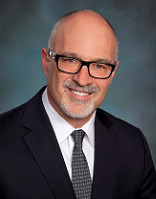 Gaming and Indian law attorney Stephen Hart, a partner with Lewis Roca Rothgerber Christie LLC said in a speech last week that if Arizona approves sports betting, it will need to offer a deal to the state’s 20 gaming tribes or risk losing at least some existing gaming revenue.

There has been some discussion of allowing businesses or even the state itself to offer sports betting. However, Hart told a forum on sports betting held at Arizona State University that this risks violating the tribal state gaming compacts.

Hart predicted that probably sports gaming in Arizona will be limited to casinos operated by gaming tribes. “That’s probably the way you’re going to see it here in Arizona,” Hart said. He added that it would be almost impossible for the state to pass a sports betting law that would open it up to commercial vendors—but not tribes.

One speaker asserted that Arizona’s gaming compacts, first adopted in 2002, are currently under negotiation to allow sports betting. If they are, so far no progress has been announced.

The state’s problem is frequently described as a “poison pill,” that affects states that having gaming compacts with tribes. Without an almost complete rewrite, the state would probably lose more money than it would make. The tribes currently pay 8 percent of their gaming revenue to the state in return for exclusivity.

Hart said the state would need to limit taxation to 7 to 10 percent, or it would encourage illegal sports betting.