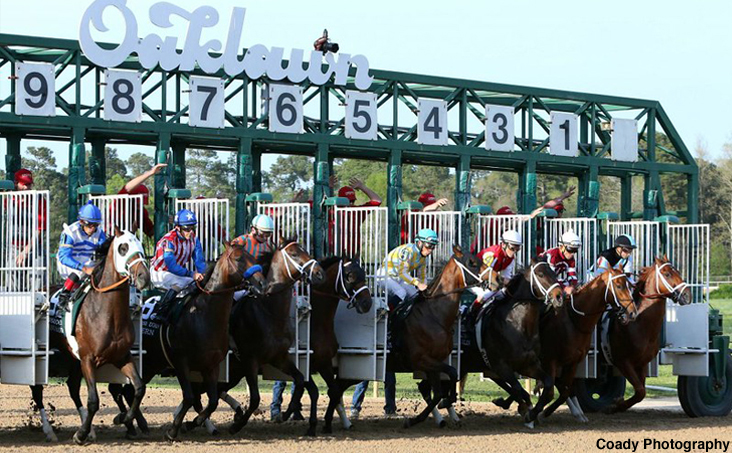 No Kentucky Derby? No problem. The Arkansas Derby has come running to the rescue. Catch all the action from Oaklawn Park on Saturday, May 2. Post time is 6:29 p.m. ET.

This year marks the first time since 1945 that the Kentucky Derby won’t go off as planned on the first Saturday in May. Due to the Covid-19 outbreak, the famed Run for the Roses has been pushed back to September 5.

But Oaklawn Park—or Oaklawn Racing Casino Resort, in Hot Springs, Arkansas—has moved in to fill the void. Its Arkansas Derby, originally slated for April 11, will run this Saturday, May 2.

Not surprisingly in this long sports drought, excitement about the race has exploded. Six days before the event, Oaklawn expanded it to two divisions, because the horses that were to compete in Kentucky Derby preps—like the Santa Anita Derby and the Bluegrass Stakes—had nowhere to run when those races were postponed or cancelled.

A total of 22 horses will be competing in the two divisions of the Arkansas Derby. Each division is worth $500,000, and the winners from both will earn Kentucky Derby qualifying points.

Create a new wagering account with TwinSpires.com and earn a $100 sign-up bonus. Register today in time to bet on the Arkansas Derby!

While the Arkansas Derby will be the headline, here are some contenders for the Oaklawn Handicap:

Sign up to wager at BetAmerica.com, and take advantage of its Bet $50, Get $50 promotion! That’s a 100% match on your first deposit. Get started today!

This year, opportunistic track officials are working to extend their seasons, and that means more opportunities for gamblers.

Both Tampa Bay Downs and Fonner Park have gained approval to extend their racing seasons through May.

It’s a bouquet for the bettors.

So the Sport of Kings remains afloat while most other sports have been shut down.

The events are run without spectators. But the fact they can be conducted at all is a testament to the popularity of online gambling, especially sports betting.

How to Play Baccarat