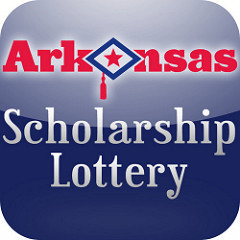 The Arkansas legislature recently passed Senate Bill 617, which will allow retailers to accept debit cards to pay for tickets for the Arkansas Scholarship Lottery. The law, sponsored by state Senator Trent Garner, will take effect in late July. The lottery only has accepted cash since it began selling tickets on September 28, 2009. A similar bill died in the 2015 legislative session.

Arkansas Lottery Director Bishop Woosley said the lottery can’t track or make projections regarding purchases made with debit cards. “But moving to start accepting debit-card payments is as much about remaining relevant in an increasingly cashless economy as it is increasing sales. We think this move is needed to keep up with how people are buying items like lottery tickets. People, especially young people, carry less cash and rely on debit cards for small purchases. With 40 other states’ lotteries accepting debit cards, and as society becomes increasingly cashless, it was just time to allow this.”

The new law passed the Senate in a 23-6 vote on March 13 and the House in a 60-23 vote on March 29. It will allow lottery retailers to choose to accept payment in cash as well as “noncash, noncredit methods of payment, including debit cards or other electronic transfer of funds of the consumer to the retailer.” The law will prohibit lottery retailers from selling tickets with “in-store credit, credit cards, charge cards, checks or any form of deferred payment.” Currently lotteries in 39 states and Puerto Rico allow the use of debit cards, according to Woosley.

Governor Asa Hutchinson supported the measure, he said, because it “is just an adjustment for today’s economy, technology and lifestyle. Also, it is easier for the retailers to utilize that, so it makes sense.” Hutchinson has controlled the lottery since February 2015, when he approved legislation abolishing the nine-member Arkansas Lottery Commission, and moved the lottery to the Department of Finance and Administration.

John Skrimshire, vice president of commercial operations for Camelot Global Services, said research showed “the opportunity to pay for lottery using non-cash payment such as debit cards will increase engagement, particularly for those under the age of 55.” He noted allowing debit-card lottery purchases will decrease “the perceived stigma of lottery play by some consumers by allowing tickets to be purchased in the same way as most other consumer products.” Also, Skrimshire added debit-card purchases “will further attract both infrequent and new players to the lottery category to the benefit of scholarships in Arkansas.”

But some lawmakers are leery about debit-card purchases.

Missouri Lottery spokeswoman Susan Goedde said since it began in 1986, retailers could sell tickets through debit cards and credit cards. “We have no evidence that it’s had any effect on retailer recruiting,” Goedde said. She added an informal survey conducted a few years ago found about 61 percent of retailers accept both debit and credit cards and “we looked at their sales and saw they average about 12 percent higher.”

The lottery plus $20 million annually in state general revenue have helped fund more than 30,000 Arkansas Academic Challenge Scholarships during each of the past seven fiscal years. The state Department of Higher Education distributed $96.4 million for the scholarship program in fiscal 2016 and expects to distribute $87-$88 million in fiscal 2017, due to changes in eligibility and first-year award decreases, said Arkansas Lottery Deputy Director Tara Smith.