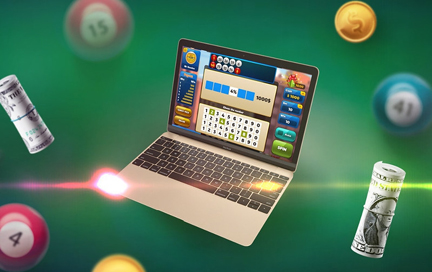 The Covid-19 pandemic, while crippling brick-and-mortar casinos, has provided an opportunity for iGaming to shine. Profits in the online sector have soared since March. But are online lotteries going to pare profits away from the casino iGaming sites?

Although brick-and-mortar casinos have suffered grievously from the effects of the Covid-19 pandemic, iGaming’s profits have increased handily during the same period.

A report from the American Gaming Association said that revenue from iCasino games totaled $402 million in 2020’s Q2, which is triple what online casinos made during the same period in 2019. That is a 253.8 percent increase.

This happened when almost every brick-and-mortar casino in the U.S. closed down for several months beginning in mid-March. During that period online poker operations in Delaware, New Jersey, Nevada and Pennsylvania set records (see below for details on Pennsylvania).

For the first time, online gaming beat sports betting, which had been growing exponentially a year ago and had reached $360 million. This can be blamed on the fact that very few major league sports are being played right now. Revenues for the leading sports betting company DraftKings have started to trend up as Major League Baseball returned to play—although without anyone in the stands. At the same time, however, the Summer Olympics in Tokyo were cancelled.

This compares to physical casinos whose revenues shrank by 80 percent in the second quarter, the AGA report said. Those casinos were only open a quarter of the number of days they had been last year at that time.

Casey Clark, vice president of the AGA, provided an explanation for why online games are booming. He told Business Insider, “Consumers like convenience. There was very little competition from brick-and-mortar casinos in the second quarter.”

Some of the more prominent companies that are taking part in this boom include MGM, which operates BetMGM and Caesars, which has CaesarsCasino.com and WSOP.com, along with Aristocrat, DraftKings and others.

There’s a high level of competition within the iGaming field between lotteries and casinos. At the moment online lotteries are ahead in this competition.

At first blush, there wouldn’t seem to be a lot of similarities between them since retail lottery sales are so different from land-based casino gaming. However, once you export the games online the obvious differences, online instant lottery “tickets” often look similar to video lottery terminals and slot machines. This brings legislators into the equation, since they have to weigh the benefits of one or the other or both.

That trend has continued in 2020, with Rhode Island and Virginia launching online lotteries first as part of a sports betting bill that allowed online lottery ticket sales. West Virginia went live with its first iCasino two months later, and Michigan appears to be heading toward legalization of online gaming before the end of the year.

According to Clark, sports betting is legal in 22 states now.

Rhode Island’s 2019 sports betting bill also gave the lottery new powers to offer other forms of online wagering. Whether the lottery really intended to use those powers is unclear; but it was forced into activating them with gusto when the state’s two brick and mortar casinos were forced to close by the pandemic. It opened its iLottery game as a way to staunch the hemorrhaging of state funds.

One reason why states tend to legalize online lottery over online casinos may be something as obvious as simplicity. Online casino legislation is by its nature complicated. Lottery legislation less so. Often it involves just changing a few words in existing legislation.

The other reason is that the state doesn’t need to share any of the proceeds with a casino. It keeps everything except for the payouts.

That’s the reason Massachusetts Governor Charlie Baker gives for why he’s such an enthusiastic promoter for legalizing sports betting in the Bay State. In July he declared, “I absolutely believe that, in addition to sort of the cross-border competition issues that would be addressed by doing something here in Massachusetts, it would certainly generate revenue and it would be something that a lot of people would be interested in here at home as opposed to doing across the border.”

In the Keystone State, help from soaring online gaming revenues that began during the pandemic shutdowns returned casino revenues to pre-Covid-19 levels in July.

Pennsylvania casino revenues returned to pre-pandemic levels in July, helped along by online gaming revenue that started soaring while brick-and-mortar casinos were shut down due to the Covid-19 crisis.

According to statistics released last week by the Pennsylvania Gaming Control Board, July gaming revenues reached $283 million in July, up 0.5 percent over $281.5 million a year ago.

The state launched iGaming in March 2019. According to Online Poker Report, sports betting surged in July, thanks to the return of many major league sports, with UFC, NASCAR and the first few games of the MLB baseball season joined by MLS and NBA, followed by wagering on the NHL’s Stanley Cup Playoffs. As a result, handle nearly doubled, from $88.3 million to $164.8 million.

Among the state’s 12 brick-and-mortar casinos, Parx Casino in Bensalem generated $59.9 million in revenue, up 14.4% from a year ago, one of three casinos to report increases in slot revenue. Total revenue at Parx was more than double the next closest Pennsylvania casino, the Wind Creek Bethlehem, where revenue was off 38 percent from last year.

In its first full month since reopening, Wind Creek Bethlehem logged gambling revenue of $28 million in July, a 38 percent year-over-year decline amid a pandemic that has limited occupancy to 50 percent.

It was the lowest full month of gambling revenue recorded at the casino since January 2011, when the facility—then Sands Casino Resort Bethlehem—reported nearly $27 million in revenue when it was only about six months into offering table games.