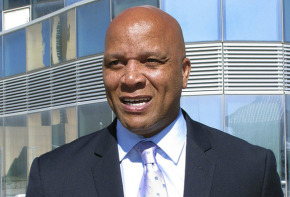 Atlantic City Mayor Frank Gilliam is readying for a possible legalization of private marijuana use in the state by proposing “adult entertainment districts” within the resort.

The New Jersey state Assembly has started hearings on legalizing marijuana and allowing its sale in retail shops. That has led to several state municipalities debating whether to ban cannabis shops in their towns, according to a report from public radio WHYY in Philadelphia.

However, Gilliam sees the potential legalization as an opportunity.

“I don’t have the appetite to just be a pusher of the product. I don’t want people to think that they should just come here, buy it and leave,” Gilliam told the station. “I want it to be … a destination, where folks can come here and enjoy it in a controlled area.”

Gilliam recently travelled to Las Vegas to see how the casino city is mixing legal marijuana use within its own casino and nightlife attractions. He is now proposing “adult entertainment districts” in Atlantic City with areas designated for marijuana use.

However, Gilliam said it is unlikely that casinos would be involved in the plan. He told the radio station that Las Vegas casinos are not part of the cannabis business there and cited tight federal regulations on gaming operations that would likely discourage Atlantic City’s casinos as well.

However, Gilliam said such zones could expand the city’s tourist areas away from casinos. He did note that Nevada’s laws only allow use in private residences, which would not help attract tourists.

“That could be good for Atlantic City. If we can roll it out correctly and create a destination facility or area, that would be ideal,” he said.

The bill before the state Assembly does not allow its use in public places, but the bill’s main sponsor, state Senator Nicholas Scutari has said he could be open to allowing its use at clubs or in restricted areas, WHYY reported.

In another Atlantic City development, Hard Rock Atlantic City—which is scheduled to open this summer on the resort’s Boardwalk—will seek variances from the city for signs at the property. The signs include one that would be 63 feet high on the hotel tower and 53-foot-high guitars on the property, according to the local Press of Atlantic City.

“The variances are justified as the proposed signage is common and necessary in size and number for a casino and hotel the size of the one on the property,” Hard Rock’s application states. “The square footage of all of the wall signage is substantially less than 25 percent of the total wall surface area which is the maximum permitted under regulations.”