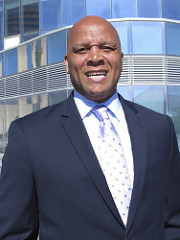 Atlantic City is exploring how legalized marijuana could help Atlantic City’s economy as the city’s mayor and state lawmakers take a fact-finding trip to Nevada.

Many in the state are expecting the state Legislature and new Governor Phil Murphy to fulfill promises to legalize marijuana for adults. So, the New Jersey Cannabis Industry Association and Nevada lawmakers coordinated the 2-1/2-day trip for government officials and business leaders.

“The key for me is to get more knowledge on how they rolled out the process and understand the pros and cons,” Gilliam said. “They have gaming like we do, so I want to figure out how those things coexist, and figure out to make it work for Atlantic City.”

Gilliam—who said he is paying for the trip out of his own pocket—told the website he’s informally spoken to the governor about allowing Atlantic City to permit sales and consumption under a temporary or pilot program.

“He was very open to it, although he did not give any commitment,” Gilliam said.

According to a letter from Nevada Senate Majority Leader Aaron Ford and Assembly Speaker Jason Frierson, the itinerary would include a visit to a cannabis production facility, a retail shop, and meetings with state and Las Vegas officials to discuss “developing regulations and a taxation scheme, business investment, licensing, public safety considerations and marijuana-related criminal justice reforms.