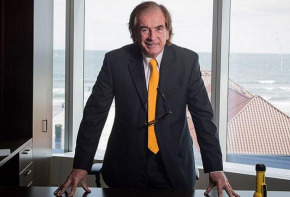 Glenn Straub, the owner of the former Revel casino in Atlantic City is currently under investigation in Florida for allegedly placing fraudulent construction liens against the ranch and townhouse of a former girlfriend, according to the Miami Herald. The investigation is being conducted by the Broward County State Attorney’s Office.

According to the report, Straub’s company put a $64,400 lien on the ranch of ex-girlfriend Jessica Nicodemo, 33, for fencing and road work that was not paid for. Straub put another lien on Nicodemo’s townhouse for unpaid work on a pool and patio, according to the report.

The report quoted Nicodemo in court papers saying she wasn’t expecting to be charged for the work because she and Straub were dating, according to the report.

Straub denied the charges to the Press of Atlantic City.

“I didn’t know that she was a girlfriend,” Straub said. “There is no truth to the matter. To get back at us, she is saying that we excessively put too high a lien on her property. They can put anything in a lawsuit that they want.”

Following the liens, Straub tried to foreclose on both proprieties, according to the report.

The report just adds more drama to Straub’s so far fruitless attempt to open the casino, which has been bogged down in legal and regulatory disputes since he acquired the bankrupt casino for $82 million in 2015. Reports have surface that Straub is close to selling the property, but no announcements have been made and the massive building—built for $2.4 billion—remains closed.