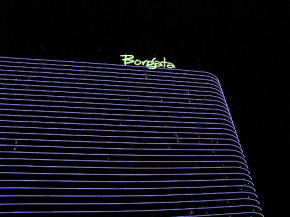 Atlantic City will take on new debt to pay off old debt as it bonds for about $72 million owed to the Borgata casino due to back tax appeal judgements.

Borgata was actually owed about $165 million, but accepted a settlement offered by the state financial team now managing the city’s finances. Further, the new bonding will be through New Jersey’s Municipal Qualified Bond Act, which allows municipalities to use state aid as collateral, according to a spokesman for the state Department of Community Affairs.

“The parties to the agreement are confident that sufficient amounts can be raised,” DCA spokesperson Lisa Ryan told NJ Advance Media.

The exact debt terms of the bonds have not been settled. The resort already faces about $224 million in bonded debt and junk credit rating of Caa3 from Moody’s Investors Service. However, bonds through the state’s qualified bond act are rated as A3, according to NJ Advance Media.

The settlement is the first significant move by the state since taking over the city’s finances more than 100 days ago.

Other proposed moves by the state, however, have met delays. For example, the state had planned to make significant cuts to the city’s public safety personnel, but the city’s main firefighters union has already challenged the move in court. A bill was also introduced in the state Assembly to impose a room tax on resort hotels rooms to help offset costs.

The Borgata has agreed to make the in lieu of payments after withholding about $30 million in taxes from the city as its tax appeals remained unpaid.

Moody’s Investor Services has also faulted the state for not announcing a clear plan to resolve the city’s outstanding debt and budget problems, according to the Press.