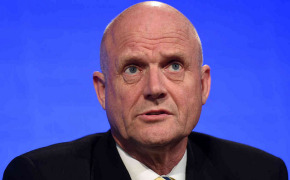 Australia’s Senate has passed the country’s Interactive Gambling Amendment Bill, which leaves online poker play not classified as legal in the country.

The amendments close a loophole that effectively bans “in-play” sports betting.  But the act does not clear up a grey area when it comes to online gambling, leaving online poker essentially banned as well.

The bill now moves to a third Senate reading and a vote in the House of Representatives, where it is expected to be passed.

In-play sports betting was already illegal in Australia, but the bill closes a loophole that allowed gamblers to bet during games through “click to call” features on operators’ websites and apps.

An attempt to block click to call failed in October 2015 when William Hill Australia won a federal court battle against the Australian Communications & Media Authority. Australian Federal police also ruled they would not investigate the bookmaker for violating the original Australian 2001 Gambling Act.

The bill also bans all online gambling not specifically authorized by the county’s Gambling Act. Essentially, online poker companies can’t offer games to Australians unless licensed, but the amendments include no provisions for licensing or regulating online poker in Australia. The same uncertainty applies to online slots and table games.

Lawmakers made an attempt to add an amendment that would remove the online poker ban from the bill prior to the vote, but the effort failed.

David Ean Leyonhjelm, a Senator for New South Wales, proposed the amendment to save online poker and has even urged Australian players to continue playing at offshore sites through virtual private networks.

“If you want to play poker, there are lots of opportunities in Australia, at casinos and tournaments,” he told the Huffington Post Australia. “It’s not as if there isn’t a great deal of poker playing already, but they’re just stopping it online. The whole world is online now. There is quite an active online poker community in Australia; I don’t think it will succeed for those really determined.”

The bill came out of a review of the Australian gambling industry and aims to reduce betting by Australians on unlicensed offshore sites.  Government officials estimate that as much as 60 percent of wagering in the country is done on unlicensed foreign sites.

The bill, introduced in November, has been supported by conservative lawmakers seeking tougher restrictions on online gambling and offshore sites, according to Australian media reports.

The bill has received criticism from the gambling industry for its strictness, especially as it relates to online gambling. Confusion over the legal status of online gambling in the country has already prompted companies such as 888 Poker to leave the market. Officials for online giant PokerStars have also said they may leave.