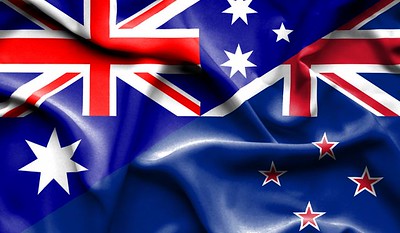 The Australian government has announced a three-phase plan to fully reopen the country’s economy, with the final phase expected to end by July. New Zealand started relaxing restrictions last week.

The Australian government is taking a cautious approach to the reopening of businesses and industry, with a three-phase plan that should be complete by July. New Zealand, by contrast, has already begun to ease its restrictions on travel and public gatherings.

Australian Prime Minister Scott Morrison said that country’s return to normal would be gradual. According to a report in Asia Gaming Brief, Phase 1 of the plan would allow gatherings of 10 people outside the home and five people in the home. Children will go back to school, and golf courses, public swimming pools, retailers, small cafes and restaurants will be allowed to reopen.

Phase 2 of the plan will allow gatherings of 20 people, and allow gyms, beauty parlors, movie theaters and amusement parks will be allowed to reopen, along with interstate travel.

Phase 3 will allow gatherings of 100 people, with pubs and clubs allowed to reopen with some restrictions. The plan is intended to get 850,000 people back to work, reported Bloomberg; Morrison said the plan is subject to change in case of a spike in coronavirus cases, and Australia’s eight state and territory governments will coordinate their own reopenings depending on their circumstances.

“Success is not being able to stand up every day and say there’s three cases or 12 cases or 18 cases,” Morrison said. “Not when you’ve got a million people out of work.”

Australia’s lockdown began on March 13, and casinos closed on March 22.

New Zealand’s reopening is already under way, reports NZX.com, with

SkyCity casinos in Auckland, Hamilton and Queenstown opening May 14.

The properties, which have been closed since late March, will reopen on a staged basis with reduced operating hours facilitate contact tracing. Seating at table games will be reduced, and slot machines will be reconfigured to maintain social distancing.