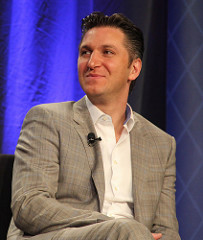 David Baazov is walking away from talks on his $4.1 billion bid for Amaya Inc., the company he founded and the owner of PokerStars.

Baazov said some shareholders in Amaya were asking for too high a price for the company.

“It became evident that the share price premium demanded by certain shareholders exceeded the price at which my investors and I would be willing to complete a transaction,” Baazov said in a press statement.

Baazov’s bid was for C$24 a share, but was dogged by uncertainty over who was backing the bid. Last month, a Dubai-based investor initially named as a backer said a commitment to the deal’s financing was given without the firm’s knowledge or consent. Baazov then said in regulatory filings that two Hong Kong funds—Head and Shoulders Global Investment Fund SPC and Goldenway Capital SPC—had agreed to increase their support for the bid.

The bid had also been criticized by Amaya investor SpringOwl Asset Management and its CEO Jason Adler, which charged the bid lacked transparency. Adler also urged the Amaya board to escape “the undue influence” of Baazov on the company.

News of Baazov’s backing off the bid saw Amaya stock fall 5.3 percent initially, lowering the company’s market value to about $2 billion according to Bloomberg News.

Baazov stepped down as CEO of the company earlier this year in the midst of insider trading charges brought against him by Canadian regulators stemming from the company’s purchase of PokerStars. Baazov is Amaya’s second-largest shareholder, with a 17 percent stake, according to data compiled by Bloomberg.