The MLB trade deadline saw a bunch of moves but did it put any teams in a better position to win the World Series?

With a generational player like Juan Soto moving from the Washington Nationals to the San Diego Padres, and the Padres acquiring a closer and another bat, you would think the San Diego team would become the favorite to at least make the playoffs. Well, think again.

The flurry of activity at the major league baseball trade deadline was a step above all previous trade deadlines. When players like Juan Soto and Shohei Otani were the bait, there was a lot of interest from many clubs that hope to make major upgrades to their future performances.

Otani was quickly withdrawn, but the off-season should be memorable for him. He’s got one year left on his contract with the Los Angeles Angels and the conventional wisdom is you got more for a star player in off-season than you do at the deadline.

But Soto remained in play. He was most desirable for five reasons.

The deal, according to the Nats, would cost a team a successful major leaguer and four of your organizations top prospects. That eliminated lots of teams, but the New York Yankees, St. Louis Cardinals, Los Angeles Dodgers and Padres stayed involved. In the end, it came down to the Dodgers and Padres, who were not going to let the boys in blue steal the best player available, like they did at last year’s trade deadline with another Nationals’ player, Max Scherzer. 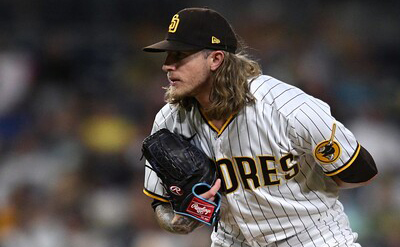 Adding Soto to an already killer lineup in San Diego that includes Fernando Tatis Jr., Manny Machado, and Josh Bell, who came over from Washington with Soto, is a terrific “murderer’s row” but the Padres didn’t stop there. The day before they picked up Josh Hader, the lights-out closer from the Milwaukee Brewers, as well as Brandon Drury, a utility man from the Cincinnati Reds.

So you’d think this might pull the Padres closer to the Dodgers? Not quite. Granted a three-game series at Los Angeles the week following the trade deadline, the Dodgers showed why they are the best team in baseball by demolishing the Padres in all three games, allowing only four runs total in those games. Soto got two hits and the rest of the team was flat. A trip up the coast to play the San Francisco Giants didn’t go much better, as they lost the first game but won the next game despite Hader blowing a save situation.

The Dodgers made some minor moves, the biggest one was trading for Joey Gallo, the slugger who only hits homers or strikes out. His .150 batting average was one of the lowest in baseball, but he’s a cheap acquisition who may pay off in the playoffs.

For the Yankees, it was a strange deadline. Needing starting pitching, the Pinstripers actually traded away one of their best pitchers (Jordan Montgomery) to the Cardinals for Harrison Bader, who is laid up indefinitely with planter fasciitis. To make matter worse, Montgomery shut out the Yanks in his first outing for the Cards.

The Yankees also got starter Frankie Montas and reliever Lou Trivino from the Oakland Athletics and reliever Scott Effross from the Chicago Cubs. Again, Montas first start for the Yanks was a disaster as he got chased in the third inning after giving up six runs. 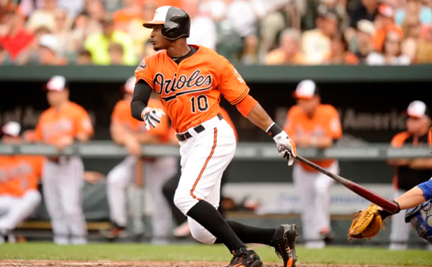 How about those Baltimore Orioles? One of the hottest teams going into the trade deadline, they reverted to their old ways and were complete sellers, trading one of their most popular player, Trey Mancini, to the Houston Astros and their effective closer Jorge Lopez to the Minnesota Twins for a boatload of pitching prospects and other marginal players. Inexplicably, the Baltimore squad won five of their next six games and today sit one game out of the final playoff spot.

In the hotly contested NL East, the division leading Atlanta Braves picked up outfielder Robbie Grossman from the Detroit Tigers and right-hander Jake Odorizzi from the Astros in exchange for former Atlanta closer Will Smith. The Mets countered with minor trade swapping infielder JD Davis with the Giants for Darren Ruf, a slugging outfielder.

So what happens the next weekend? The New York Mets take four of five from the Braves and stretch their one game lead to six games.

And one of the hottest teams in baseball, the Philadelphia Phillies acquired right-hander Noah Syndergaard, veteran reliever David Robertson and center fielder Brandon Marsh in three trades at the deadline. They continued to stay hot after the trades, but couldn’t make up much ground on the red-hot Mets.

So what are the lessons learned at this year’s trade deadline for baseball bettors—a lesson reiterated year over year? Very rarely do players acquired at the trade deadline make a difference when it comes to advancing in the playoffs, and the week following this year’s deadline was illustrative of that point.