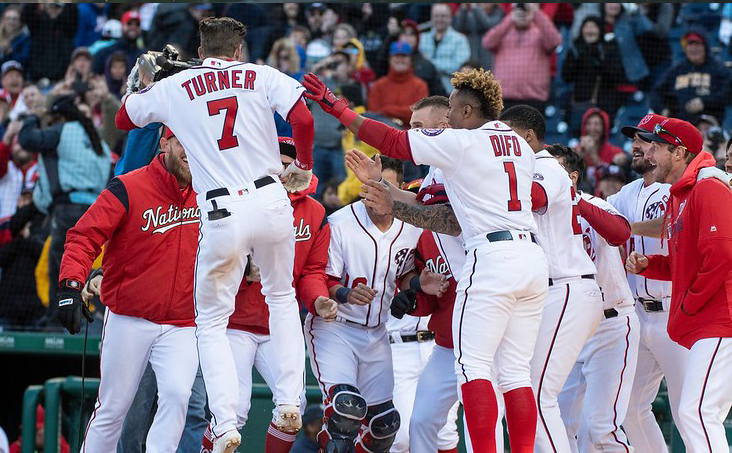 Don’t play ball—yet. Despite the coronavirus upheaval, we still could get a full season of Major League Baseball.

It’s mid-March. You’re more than ready for the Opening Day of Major League Baseball. For fans, this has always been the best time of year, as spring training wraps up and the season fast approaches.

It won’t come fast this year. With fallout from the Covid-19 infection, baseball, like so many other sports, had no choice but to hit the pause button.

According to Commissioner Rob Manfred, the season will be delayed by more than two weeks. With the NBA eyeing a June return, it’s hard to envision the MLB returning much earlier.

A Shorter Season In Store?

There’s been speculation that the season will be shortened, to minimize the effects on future seasons. Even before the viral outbreak, there was talk of a possible 100-game season, as opposed to the current 162-game slate, and this year could be a perfect trial run. For now, though, it seems the league is still trying to play out its full 2020 schedule.

All speculation aside, it’s safe to say we’ll get our baseball—it’s just a matter of when. But the upheaval will have a radical effect on futures bets.

If you’ve already put in futures bets, you can expect voided bets (i.e., the money will go back into your account). These bets include team-win totals, player-hit and home-run totals, etc. (any numeric value/total bet).

Championship/division winner bets should still be valid, however. Since the season will still be played out (we hope!), there’s no need to void such bets, as the outcomes are unaffected.

Look at the bright side. There really are some who will benefit from a delayed season. Players who are rehabbing from injury and weren’t going to be ready for Opening Day now have a second chance. Think Angels’ P/DH Shohei Ohtani (Tommy John surgery), Mets’ OF Yoenis Cespedes (heel/ankle surgery), Phillies’ OF Andrew McCutchen (knee surgery), Yankees’ OF Aaron Hicks (Tommy John surgery), etc.

With an extended off-season, these players can recover and get the most out of the season. And don’t forget—bring these guys back for Opening Day, and it greatly influences how to bet this MLB season. With these players in the mix, their teams get an increased shot at success and, in turn, winning their division/league/World Series.

In order to make the smartest, safest bet, it’s probably best to wait until right before Opening Day, just to make sure you know who’s in the dugout. Meanwhile, most of your favorite mobile sportsbooks are attached to a casino, so there’s plenty to play, 24/7.

Sign up to play at ResortsCasino.com, and you’re eligible for matching casino bonus funds, up to $1,000! Terms and conditions apply.

A delay in the 2020 season changes the whole dynamic of some teams/divisions. Let’s hang in there until the ump hollers. For now, wash your hands and practice social distancing until this thing passes. And good luck with those bets.

Create your player account at PalaCasino.com, and you’ll be $25 richer—no deposit required—and be eligible for great daily promotions, too!