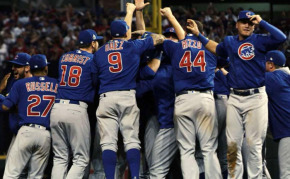 Demand value. The horse racing adage beckoning bettors to rate shop becomes more important amid myriad options. Value comes in several forms, like with odds. If a horse you think should be 2-1 is 3-5, what’s the point of investing? Victory, if one can get it, does not pay what it should. Smaller tracks and scant wagering pools produce this problem.

Value hunting, part two, concerns takeout percentage, the not-so-silent killer of your money. That’s what tracks deduct from the betting pool to pay the race owners and themselves. It’s substantial. The takeout from irresistible, high-action wagers like exactas, trifectas and some Pick 3 and Pick 4 bets often range from 20 percent to 25 percent. From a  $400 wagering pool, for example, the 25 percent takeout means that only $300 of that will be returned to bettors. In those wagers, you receive far less from a winning bet than you deserve. That adds up over a day of racing. Some tracks over the years even spiked takeout percentage above 30 percent.

Consider, by contrast, the 5 percent to 10 percent “vig” the sports books retain on college and professional sports. It gives the bettor a chance. Make that 25 percent and action would drop considerably. That’s why savvy horse players are leaning more toward Pick 6, Pick 5 and Pick 4 propositions. The takeout percentage remains high, but the pools are inflated by excess volume. Someone may select multiple entries in a race that looks difficult, rather, and put far more money into the pool than if he was playing that race by itself.

New York tracks lead the way in least takeout percentage. They remove 15 percent off the top for Pick 6 and Pick 5 wagers, and 16 percent for win, place and show wagering. Exactas are 18.5 percent, while the trifecta, superfecta and the Pick 6 carryover pools extract 24 percent.

Tracks that offer six-figure purses and above for an individual race understand the axiom that spending money makes money. Top purses attract premier horses, jockeys and trainers. They elevate the confidence of bettors to obtain a strong effort from their horse. Exciting carryover pools like Pick 6s pay in the millions when a track like Gulfstream Park has to pay out the pot on the season’s final day.

And don’t forget, waiting just around the corner, is the purse-loaded Saratoga meet, which opens July 21. The $500,000 Diana Stakes July 22 highlights the country’s action that weekend.

The defending champion Cubs are not dead—watch the board for good prices, as they should make one more run. Houston finished the first half an amazing 33-11 on the road and a .289 team batting average that towered above the league. Think overs with them. The Dodgers were a major-league best 61-29 at the break and an astounding 39-11 at home. That’s nearly .800 baseball. Odds on their home games will probably be inflated, if that appeals to you.