HomeThe ShuffleBaseball is Back, But Who Goes All the Way?

Baseball is Back, But Who Goes All the Way? 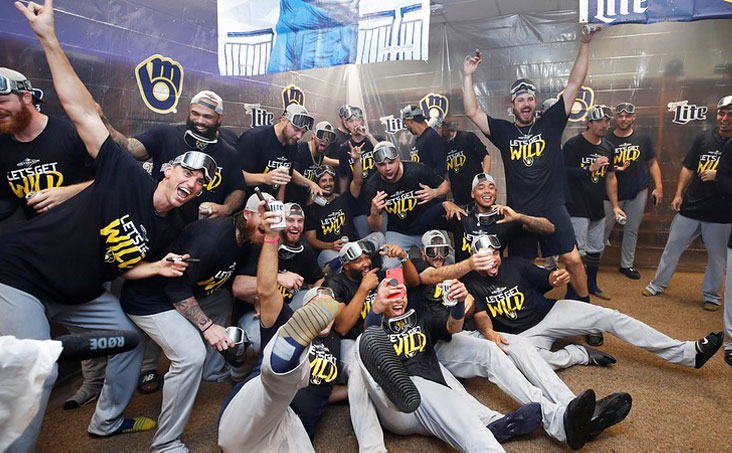 Now that baseball’s regular season has started, let’s review who came out of the off-season with the best potential to win the divisions and the World Series, in a year when the playoffs will be expanded. Bet the Brewers?

Opening day for baseball, and all is right with the world. The birds are singing, the flowers are blooming, and every baseball fan can dream about his team winning the World Series. Hope springs eternal!

But let’s get real. Only a handful of teams—way less than half of the 30 teams in Major League Baseball—have a prayer of seeing the postseason. The rest are just cannon fodder for the good teams.

This doesn’t fix the problem, which arose last year in the National League. Western Division winners, the San Francisco Giants, won 107 games, one more than the Dodgers. No other team in baseball won more than 100 games. So the Dodgers, because they didn’t win the division, had to play the dreaded one-game playoff, which they won. They had to face the San Francisco Giants in a five-game playoff, which they won, but went on to lose a seven-game series to the eventual World Series champion Atlanta Braves.

Although the one-game playoff is thankfully a thing of the past, the first round will be a three-gamer, which the Dodgers would have to play even though they won more than any other team except the Giants, if the same situation repeats itself.

But the inclusion of 12 teams in the playoffs this year adjusts the odds a bit.

Time to play ball! Create a new player account at Golden Nugget Sportsbook, and you’ll receive up to $250 in Free Bets! Sign up today.

To Make the Playoffs 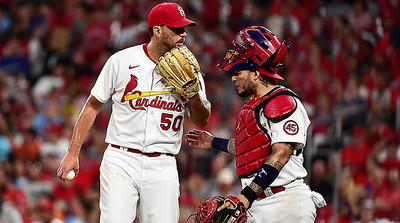 Looking at last year again, the Seattle Mariners and Cincinnati Reds would have made the playoffs if it were a 12-team system rather than the 10. Cincinnati has imploded its team so unless you want to go out on a limb to bet them, it makes no sense.

But Seattle has bolstered its pitching this year and acquired a few more hitters, so the odds of them making the playoffs (all odds posted at Caesars Sportsbook as of April 4) is +175, meaning if you bet $100, the payoff is $175. Not bad for a team on the upswing.

The New York Yankees also made the one-game playoff last year and lost, but didn’t improve much this year, despite adding Josh Donaldson at third base. The Yankees also gave up hard-hitting catcher Gary Sanchez in the deal with the Minnesota Twins. With lots of other improved teams in the American League, the +300 against making the playoffs should be a reasonable bet.

Similarly, the New York Mets upgraded significantly from last year, but their ace pitcher Jacob DeGrom is already out for the first two months of the season, and the Mets always seem to shoot themselves in the foot, so a bet at +200 to not make the playoffs might make sense.

The National League Central is one of the weakest divisions in baseball. The Milwaukee Brewers are the favorites to make the playoffs at -240, but the St. Louis Cardinals promise to have an emotional year with three legends playing their final season, Albert Pujols, Adam Wainwright and Yadier Molina.

It’s even money for the Cards to make it, so why not?

At Caesars Sportsbook, place your first wager of $20 or more, and you’ll get a $200 Free Bet! What a way to start the Major League Baseball season!

To Win the Division 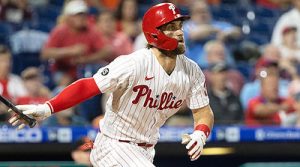 The odds on the division winners are pretty straight up. In the AL, the Chicago White Sox in the Central and the Houston Astros in the West are favored with minus odds, but the AL East is up for grabs with the Toronto Blue Jays at +185, the Yankees at +225, the Tampa Bay Rays at +290 and the Boston Red Sox at +500. A bet on the Red Sox looked good until ace Chris Sale went down for at least the first three months of the season, so the improbable run of the Rays makes the most sense.

Same thing in the National League. The Dodgers in the West are -225 to capture their ninth division title in 10 years, and the Milwaukee Brewers in the Central are -180. The East is again a toss-up, with the Braves at +120, the Mets at +225, and the Philadelphia Phillies at +300. The Braves made a late run in 2021 to win the division, and they should be better prepared this year, so go with the Mets and Phillies.

Now that’s a home run. When you join the betting family at BetRivers, your first deposit will be matched, dollar for dollar, up to $250. Get started today.

To Win the League

In the American League, the odds are close. The Astros get +450, followed by the Yankees, Blue Jays and White Sox at +550. How about a sleeper in Seattle at +1800? Nice payout, and not out of the question.

The National League is more wide open. The Dodgers are heavy favorites at +230, followed by the Braves and Mets at +700. But let’s ride the Brewers’ strong pitching at +700.

At Resorts Casino, every player deserves a winning score. That’s why Resorts gives you a percentage of cash back on monthly sports losses, up to $10,000. 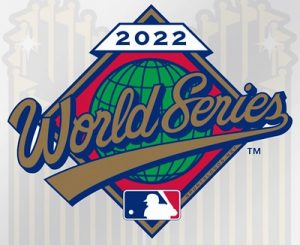 So two underdogs meet for the World Series payday: the Brewers and the Mariners. Ironically, the Brewers played in Seattle in their first year as the Pilots before moving to Milwaukee, so this is kind of a grudge match. But the Brewers are more battle-tested, so it’s Milwaukee in seven, hitting a +1600 jackpot for bettors!

Remember, all these odds shift during the season, so if you want to get the best prices for your underdog team, now’s the time to bet because once they get hot, they make believers of their fans and the odds get short real fast.

Good luck to all!