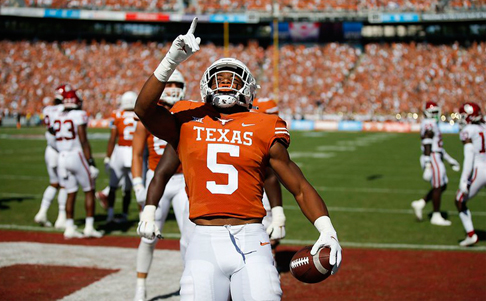 College football enters Week 4 and we have three best bets to make including Texas-Texas Tech.

Another coach walked the plank this week, illustrating in 3D living color that while losing is generally frowned upon in most collegiate Power 5 establishments, losing to a directional school from the Mid American Conference is intolerable. Especially when your program is (allegedly) not a fan of those pesky rules.

Meanwhile, one of the college football old-school bluebloods, one starring a coach who was once dismissed for alcohol-related issues – yes, we’re talking about you, Steve Sarkisian of the Texas Longhorns – showed some moxie dismissing its paycheck-hunting opponent. The Longhorns came from behind and took care of the University of Texas San Antonio Roadrunners last week, proving there wasn’t a hangover from the previous week’s close loss to the Alabama Crimson Tide.

Should Sarkisian stumble at a school that has the patience of a recalcitrant 5-year-old deprived of his trike when it comes to losing football coaches, there are two possible candidates for his seat facing each other this week in Iowa City. That game promises to be one of the under-the-radar entertainment stops for college football fans.

Onward to Week 4’s best bets in terms of value and opportunity.

Texas brings in a four-game winning streak in this series, with a combined 224 points scored the last two seasons between the two teams. Meanwhile, Texas Tech hasn’t beaten the Longhorns in Lubbock since surviving a 39-36, last-team-standing affair in 2008.

The other thing you can be assured of is Bijan Robinson earning his keep. The Texas bell-cow back ran for 183 yards and three touchdowns in Texas’ 40-21 come-from-behind victory over UT-San Antonio. This season, Robinson kept the Longhorns offensively afloat, running for 311 yards and five touchdowns. He averages 6.1 yards per carry and 18.86 yards per reception.

As long as this spread stays under the magic number of seven, go long on the Longhorns.

Watch Texas Longhorns vs. Texas Tech at 3:30 ET on ESPN and Fubo. 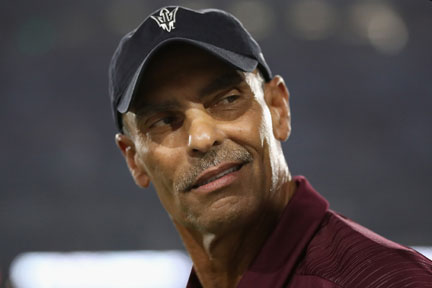 The Arizona State Sun Devils are a dumpster fire. And speaking of “fire,” that’s what Arizona State did to the once-popular Herm Edwards after the Sun Devils lost 30-21 to the Eastern Michigan Eagles last week.

Apparently, in the immortal words of Edwards, Arizona State didn’t play to win the game — losing as 20.5-point favorites at home to a MAC school.

With Edwards’ departure from a team that hasn’t covered in its last two games, the question remains what will the Sun Devils do for interim coach Shawn Aguano? Will they rally to the cause and play to win the game? Or will they take a page from the Nebraska Cornhusker’s playbook in the wake of that school sending former coach Scott Frost off the plank? Last week after Frost’s firing, Nebraska licked a stamp and mailed in a 49-14 loss to one-time Big-8 blood rival, the Oklahoma Sooners.

We’re going with the latter. After gifting the Florida Gators an opening-week victory as road favorites, the Utah Utes outscored their next two opponents by a combined 108-14. The Utes are a careless interception at the goal line by Cam Rising away from being 3-0. And we haven’t mentioned the 216.7 yards-per-game they average on the ground.

Need more? How about Utah being 6-2 ATS in their last eight and 4-1 ATS in their last five. The Utes are also 7-3 ATS against teams with a losing record. Throw in the fact Arizona State yielded 304 rushing yards to Eastern Michigan and there is nothing remotely appealing about the Sun Devils playing to win this game here

Again, every trend sends you to the window with the word Under hanging on your tongue. And yet, we’re going Over here.

Baylor averages more than 43 points a game on offense through a grain thresher rushing game, averaging nearly 235 yards a game on the ground. But the Bears haven’t seen a rush defense like the Cyclones, who are third in the nation in rush yards allowed per game.

Conversely, Iowa State has had to air it out to overcome a weak running game. They’re averaging 259 airborne yards a game, vaulting to nearly 297 when they play team defenses outside the top 50. Baylor is 95th in yards per pass allowed/game.

Baylor coach Dave Aranda is one of the best coaches in the country in terms of getting his players to adapt to a given situation. And Iowa State’s Matt Campbell hasn’t been on the short list for numerous jobs just for his charisma. Yes, the Cyclones beefed up those numbers against two of their last three opponents.

But we’re going with the coaches here to scheme their way to 46 points and the defenses to bend and break just enough to get there.

Watch Baylor Bears vs. Iowa State at Noon ET on ESPN and Fubo.

Everyone Wins with G