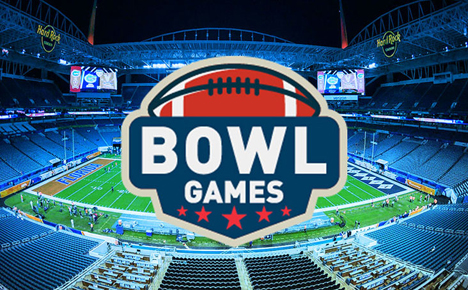 Finally, it’s the first weekend of college football bowl season, with lots of great matchups to kick off the series. Take advantage of these lines.

It’s finally the opening weekend of the 2021-22 NCAAF bowl series, with plenty of juicy matchups on tap.

These are all good teams, all in the last games of the season, and all with a lot on the line. Expect plenty of excitement, close calls and last-minute drama.

Check out my favorites for this weekend’s postseason slate. 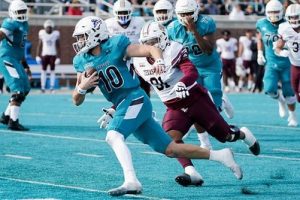 Both teams in this bowl game—the Northern Illinois Huskies and the Coastal Carolina Chanticleers—have won eight of their last 10 games, and both have great momentum behind them. Northern Illinois is fresh off a MAC Championship game win, and is getting 10.5 points on the spread. But that’s too many points for a game that honestly could go either way. Look for this one to finish within a field goal margin or so. Take those NIU points and run!

Read John Reger’s take on this game in his column, 5 Bets to Make This Week. (hyperlink)

Whether you’re for the Huskies or the Chanticleers, double down on your first settled bet at Golden Nugget. Place your bet on any market (min. odds -200) and get a Free Bet up to $250. 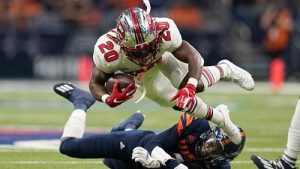 The Western Kentucky Hilltoppers and the Appalachian State Mountaineers are each coming off losses to snap a winning streak (WKU- 7, APP- 6). Both losses were in the teams’ conference championship game, so the rivals are looking to bounce back and finish with a big win. App State has played the slightly tougher schedule, boasts the slightly better record, and has a more balanced offensive attack and stronger defense. With just a field goal margin needed to cover this spread, expect the Mountaineers to do just that.

iGamingPlayer’s John Reger chimes in on this game as well in his weekly column, 5 Bets to Make This Week. (hyperlink)

Join Unibet Sportsbook, and make your first cash bet of $10 or more. If it doesn’t win, you’ll get a bonus refund equal to the amount of your losing wager (up to $500). 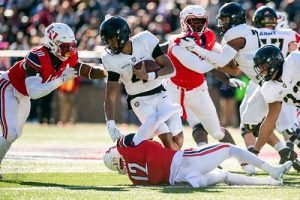 The Eastern Michigan Eagles and the Liberty Flames enter this competition with the same record, EMU coming off a tough MAC Conference, and Liberty as an independent. While the Flames have had their moments this season and are probably the better side, they’re currently suffering from a three-game losing streak. And with virtually no momentum on their side, they’ll find it tough to cover 10 points against an evenly matched opponent. Expect the Eagles to keep this one close.

Can the Eagles quench the Flames this weekend? Register to place a wager at Bet365, and you’ll get up to $500 in Bet Credits. 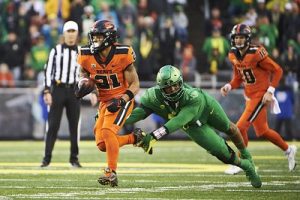 The Jimmy Kimmel L.A. Bowl, presented By Stifel, is held at SoFi Stadium, home of the Los Angeles Rams and Los Angeles Chargers. In addition to the annual bowl game, the L.A. Bowl hosts a series of events for competing teams, their families, fans and locals in the week leading up to the game, as well as year-round activities that engage the local community.

On Saturday, the Utah State Aggies meet the Oregon State Beavers. The Aggies are coming off a 10-3 season and a MWC Championship game win over #19 San Diego State. They’ve been tough opponents this season, but never really threatened to make a conference title run. With all the momentum on the Aggies’ side, take Utah plus a touchdown with confidence.

Bet $50, Get $50 when you sign up to wager on NCAAF bowl games at BetAmerica! Just create an account, make your $50 deposit, and play! 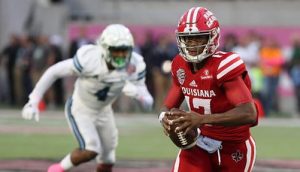 After defeating the aforementioned Appalachian State in the Sun Belt Championship game, the Louisiana Ragin’ Cajuns enter on a 12-game winning streak. Having only lost their opening game, it’s hard to see Louisiana blowing this streak against the slightly above-average Marshall Thundering Herd. To make matters worse for the Marshall squad, the loss was a crusher, taking them out of the race for the Conference USA East title. With momentum going in opposite directions for these teams, I see the Ragin’ Cajuns having their way Saturday night.

At Resorts, you deserve a winning score. So you get a percentage of cash back on monthly sports losses up to $10,000.

No team wants to end the season on a losing note, so look for Week 1 bowl games to be tight and competitive. Any big spreads you see, take the points and build a teaser or two to get some security. Enjoy the opening bowl game slate, and good luck.

Tiger’s Back at PN