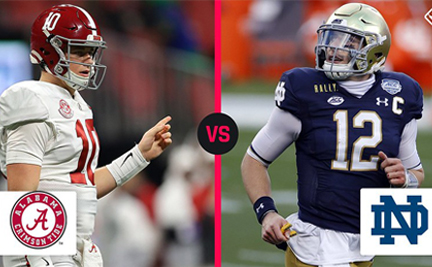 Tracking this year’s college bowl schedule has been like riding a Tilt-a-Whirl—with lots of twists, turns, dropouts and drop-ins. But there’s still plenty of action in store for online sports bettors. Check it out.

This season’s college football bowl game schedule has been drastically altered because of the coronavirus, but there are still plenty of games for bettors to wager on as the season winds up.

In addition to the College Football Playoff, which begins on New Year’s Day, there are 21 bowl games between now and then. Two games were played on Tuesday, and three on Wednesday.

Typically, 44 bowl games are scheduled beginning December 19, but a staggering 18 games were canceled this year due to coronavirus concerns. Most of these were smaller bowl games, but a couple of longtime contests—such as the Sun Bowl in Texas and the Independence Bowl in Louisiana—also were canceled.

Get Bowl Game Parlay Insurance at PointsBet.com! Place a 4+ leg Parlay on College Football Bowl Games and receive Money back up to $50 in Free Bets if exactly 1 Leg Fails (Max Refund: $50).

It is not unusual for players to skip bowl games. It’s a trend that began in 2016, when Stanford running back Christian McCaffery and LSU running back Leonard Fournette bypassed the postseason to concentrate on preparing for the NFL Draft.

This year, a few teams decided not to play because of Covid-19, including the USC Trojans and six other PAC-12 teams. Trojans head coach Clay Helton, whose team was upset by the Oregon Ducks in the PAC-12 Championship, said in a statement that he didn’t want to subject his players to further protocols, including staying apart from their families.

“They did everything we asked of them … whether it was daily testing or keeping distant from family and friends or training in less-than-ideal ways,” Helton said. “It hasn’t been easy, and it’s hard for anyone outside the program to understand how immensely difficult these past few months have been for (players).”

High-profile players also decided to opt out, wanting to focus on April’s NFL Draft. Florida Gators tight end Kyle Pitts said he won’t join his teammates in the Cotton Bowl against the Oklahoma Sooners. The Gators are still a 3-point favorite without the talented tight end.

Add to your winnings with a Parlay Boost at GoldenNuggetCasino.com! When creating your parlay, look out for the gift symbol on the betting-slip. As soon as you pick three qualifying selections you start to receive the Boost. Adding more selections will increase the Boost!

There’s little doubt the SEC is the strongest conference in college football, evidenced by 12 of the 14 teams getting bowl invitations. Only the Vanderbilt Commodores and the Tennessee Volunteers won’t be playing in the postseason. The Volunteers were scheduled to face the West Virginia Mountaineers in the Liberty Bowl, but pulled out because of Covid-19. The Army West Point Black Knights replaced them, and are a 7.5-point underdog.

Alabama, the No. 1 team in the country, will face the Notre Dame Fighting Irish and is favored by 19.5 points. The Alabama Crimson Tide opened at 14, but the sharps were all over Alabama.

There are games today through Saturday, and then it picks up again on Tuesday, December 29 until Saturday, January 2. The National Championship game will be on Saturday, January 11, pitting the winners of the Alabama-Notre Dame game against the winner of the Clemson-Ohio State faceoff.

Here’s the Bowl Game Schedule as it now stands, along with current lines:

The Rose Bowl will be played Friday, January 1, 2021, moving from Rose Bowl Stadium in Pasadena to AT&T Stadium in Houston due to Covid-19 regulations.

The Alabama Crimson Tide, which clinched the No. 1 seed in the College Football Playoff, will go up against the Notre Dame Fighting Irish, the No. 4 seed. Kickoff is 5 p.m. ET. The game will be broadcast on ESPN.

Also on New Year’s Day, the No. 2 Clemson Tigers will meet the No. 3 Ohio State Buckeyes in the Sugar Bowl at the Mercedes-Benz Superdome in New Orleans. Kickoff is at 7 p.m. ET. The game will be broadcast live on ESPN.

Get NCAAF Bowl Game Boosts at PlaySugarHouse.com! Sign up to play and get a 10% profit boost every day an NCAAF bowl game is played!