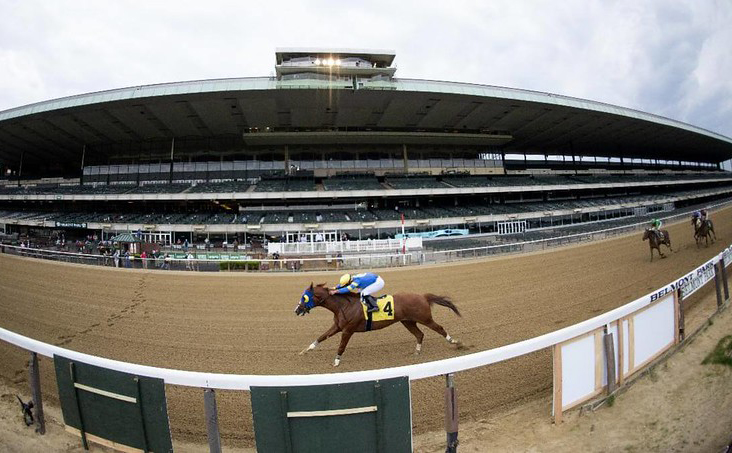 In yet another example of the total snafu that is 2020, this year’s Belmont Stakes will be held June 20—before the Kentucky Derby and the Preakness. But this is still a race to watch, with Tiz the Law the odds-on favorite.

This year, no racetrack’s had to roll with more punches than Belmont Park in Elmont, New York.

The Belmont Stakes, the third jewel in the Triple Crown, was moved back from June 6 when the track’s meet opening was postponed due to the coronavirus.

The race lost a lot of its luster because it didn’t come after the Kentucky Derby and Preakness Stakes. Those races, which have preceded the Belmont since 1919, were moved to the fall, putting the Belmont out in front.

So much for the drama of this event.

Any time a horse wins both the Kentucky Derby and the Preakness, there’s a built-in Belmont Stakes magic—the mighty Belmont is the final herculean test for a would-be Triple Crown winner. With highly-expanded wagering totals, the race takes on a carnival atmosphere and becomes a week-long national advertisement for the track.

And in two of the last five years, the magic happened. Belmont crowned American Pharaoh in 2015 and Justify in 2018, the first Triple Crown champions since the 1970s.

But this year, with the Derby and Preakness delayed, the Belmont Stakes, with its unique distance of 1 1/2 miles, is just another nice race.

To remain relevant, Belmont officials altered the distance to 1 1/8 miles, presumably to lure top competitors, which robbed the race of its essential identity. The Belmont went from being the longest Triple Crown race to the shortest (the Derby is 1 1/4 miles, the Preakness is 1 3/16 miles).

The racing industry shook its head at the move, which may have been designed to entice Hall of Fame trainer Bob Baffert to enter the nation’s top horses, Charlatan and Nadal.

Then Nadal got hurt, and retired.

Charlatan got hurt, and won’t run.

So, the speculation shifts.

Interest has been sparked by Tiz the Law, who won the Florida Derby handily and will be the odds-on favorite in this race.

Sackatoga Stable’s Tiz the Law also has a home-field advantage, as he won the Grade 1 Champagne at a mile at Belmont Park last October. On June 8, Tiz covered five furlongs in 1:00.53 at Belmont in preparation for the Belmont Stakes, to be held without spectators.

“He galloped out strong and looked fast,” trainer Barclay Tagg told The Blood Horse. “He’s given us nothing but positive indications. He came back and won two more graded stakes and he just couldn’t be doing any better.

“He just does everything easy,” Tagg said. “He’s a pleasure to work with.”

So here are the latest odds, subject to change.

TwinSpires.com is the official online wagering site of Churchill Downs and the Kentucky Derby, but you can wager on virtually every thoroughbred, harness and quarter horse race across the globe at TwinSpires.com. Horse race betting is legal in the following U.S. states: