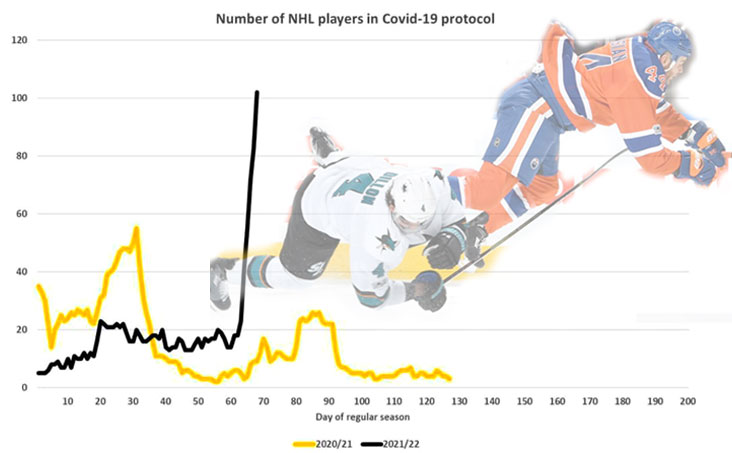 When the lines went up for Week 15 of the NFL season, the Philadelphia Eagles were installed as a 6 point favorite over the Washington Redskins… whoops, we mean the Football Team. But two days later, Washington players started dropping like flies, as one after another tested positive for Covid.

One day it was the entire starting defensive line. Next day it was two quarterbacks on the roster, Taylor Heineke and Kyle Allen. By late in the week, at least 30 Washington players had tested positive for the virus.

Until then, the league had insisted the game would be played as scheduled on Sunday. In the meantime, the line had ballooned to more than 10 points, topping off at -11.5 for the Eagles.

Then the NFL did the logical thing—something they did last year at the height of the pandemic—and postponed the game for two days, until Tuesday, to let Washington players emerge from the protocols. That sent the line back down to the original number, which stood at -6.5 on Monday.
Though coaches entered protocols on Monday, the line remained the same.

But when the two Covid-restricted quarterbacks had not cleared protocol by Tuesday, the inexperienced XFL quarterback Garret Gilbert became the starter, and the line jumped again to +9.5. As usual, bookies know the strengths of each team, and a 10-point win was welcomed by last-minute Eagles bettors. 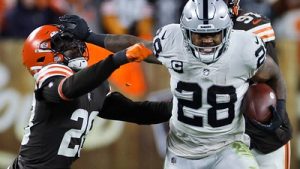 In Ohio, a similar outbreak shelved the Cleveland Browns’ top two QBs, along with Head Coach Kevin Stepanski for a Sunday matchup with the Las Vegas Raiders. Nick Mullens, who started a few games for the San Francisco 49ers a couple of years ago, was called up from the taxi squad to start.

Again, the line swung wildly. The Browns were favored by 6.5 coming out of the gate. But when eight players tested positive on Tuesday, that line dropped to 3.5. And when QB Baker Mayfield went down a day later, the line swung to Las Vegas, at -1.5, and fell to -3.5 when backup QB Case Keenum went positive. The game was postponed until Monday, and the Browns regained the edge at -3. But when both QBs failed to clear protocol, it went back the Raiders -2.5 or -3 at game time.

So if you had the Browns, you got lucky. The Raiders hit a late field goal to win by two points, still allowing the Browns to cover.

Over/under bets are also impacted by this outbreak. Obviously, having a third-string QB in charge is a difficult situation to overcome. On the other hand, losing your entire defensive line would open up scoring for the unaffected team. The line swings in both abovementioned games was only a couple of points down, but the under bet still had to be attractive. And it turned out to be true in both games.

The lines for Week 16 of the NFL season have already been affected. The WFT is a 10-point underdog to the hated Dallas Cowboys, mostly because they only have four days’ rest between the games. But it’s the Sunday night game, so a few extra hours for Washington anyway.

The Browns, now with their backs against the wall in the AFC North, are +7.5 vs. the Green Bay Packers, who are still fighting for the top spot—and the first round playoff bye—in the NFC. And the Browns will have only five days to prepare because the game is on Saturday. If the team has to go with Mullens again, +7.5 may be a gift. 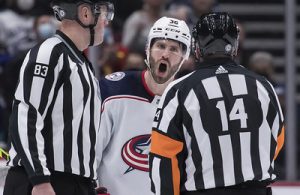 Also last week, the NHL was forced to cancel games by an unprecedented Covid outbreak. Any cross-border games that required U.S. teams to visit Canada were postponed until at least Christmas. Many teams postponed their games because of the outbreak, including the Columbus Blue Jackets, Montreal Canadiens, Calgary Flames, Colorado Avalanche, Florida Panthers, Boston Bruins, Nashville Predators, Detroit Red Wings and Toronto Maple Leafs. All have their seasons postponed through the league’s Christmas holiday break due to outbreaks within their teams.

But early this week, the NHL “paused” the season until December 26, after more than 15 percent of its players had tested positive for Covid.

While obviously this reduces the betting option short-term, when the season resumes, many teams would have had to play back-to-back games, which always puts them at a disadvantage. The backup goalies are required to play in most cases, giving an advantage to the team that has at least a day’s rest. But it appears now that the planned break for the Winter Olympics in China is going to be cancelled, and NHL players will not be able to participate, allowing the league to spread out the make-up games so there won’t be many more back-to-backs than normal.

It appears the NBA will continue to play through this recent surge. But the league reached an agreement with the players’ association that will allow teams to sign replacement players if their rosters get depleted. This could be a real betting opportunity. Not only are players unfamiliar with the team’s playing style, but if the bigger stars are out, the journeymen players have to step up. So pay attention to daily changes and make your bets accordingly.

As a result of this huge surge in positive tests—in which the vast majority of the players are asymptomatic—the testing protocols may change. Players, coaches or officials who are vaccinated will only be tested if they show symptoms. For unvaxxed individuals, however, testing will be conducted in the same manner as before.

Hold onto your bleacher seats, bettors. It’s going to be a bumpy season. Keep up on sports betting news and strategies at iGamingPlayer.