HomeThe ShuffleBetting the Ponies? Watch The Jockeys, Too

Betting the Ponies? Watch The Jockeys, Too 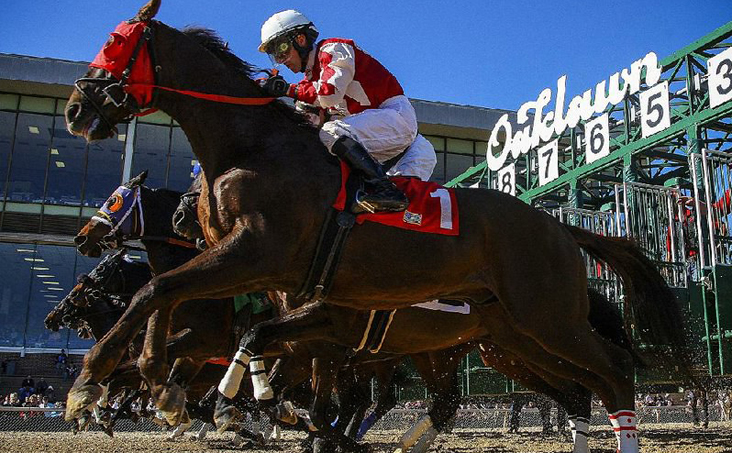 The Kentucky Derby is off until fall, but horse races continue at some of the other U.S. tracks, including Oaklawn Park, Gulfstream and Los Alamitos.

What, no baseball? No hockey playoffs? No NBA?

Most major-league sports remain on ice, but horse racing goes on. There’s no better time to check out the sport of kings.

You’ll find interesting action at Oaklawn Park in Hot Springs, Arkansas and Gulfstream Park in Hallandale Beach, Florida. Let’s look at the tracks and the riders you should watch.

But Oaklawn continues running and has moved its Arkansas Derby to May 2, the closing day.

The lead could flip-flop several times before the end of the meet. Jockeys take great pride in riding titles, not only for possible short-term incentives, but as accomplishments to widen their careers.

On Friday, Cohen has eight mounts. Talamo and Santana have four apiece, and Garcia has three. (Some of this could change closer to Friday).

Expect these jockeys to be extra-motivated over the next few weeks. If two of them run in the same race, they might be a good exacta bet (picking the first two finishers, in exact order).

There’s a good trainer-jockey connection too. Cohen looks to be the choice rider for Robertino Diodoro, the training leader during this meet. Being the preferred jockey for the leading trainer gives a jockey more mounts with contending horses.

That’s good for bettors to know.

Gulfstream has a better-than-average meet due to the closing of Keeneland, where many jockeys were scheduled to go after the Gulfstream winter meet. Without that option, Gulfstream is keeping a few jockeys on board for the spring meet.

Keep your eyes on jockeys Luis Saez and Tyler Gaffalione, both of whom have been riding well.

But be aware that fan favorite Paco Lopez just suffered a thumb injury, and will miss four to six weeks.

First post at Gulfstream on the weekends is usually 1 p.m. EST.

Double your money out of the gate at BetAmerica.com! Just sign up to play, and you’ll get a 100% maximum deposit bonus, up to $100.

Keep in mind, in 300-yard races, the break is everything. The winning time can be in the 15-second to 16-second range. There’s more strategy in the 870-yard races, because they involve a turn.

In recent cards, horses from the middle-post positions have performed best in the 870-yard races.