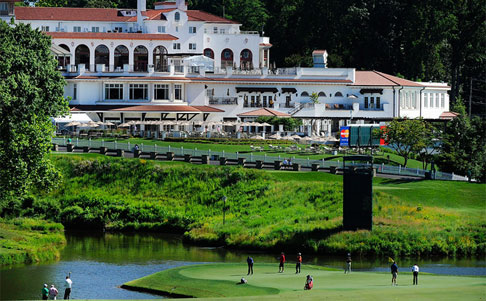 The KPMG Women’s PGA Championship is the biggest tournament on this year’s LPGA tour at the legendary Congressional Country Club in Maryland. The field is chock full of LPGA stars and the odds vary widely from book to book.

Major championships in women’s golf are always difficult to follow and the Women’s PGA is no exception. They change names, and times of the year they are held, and often have confusing schedules.

This year, the five majors, one more than men’s golf, are held between early April and early August. The most important one will be held this week: the KPMG Women’s PGA Championship at Congressional Country Club in the Maryland suburbs outside Washington D.C.

Why is that so important? Well, it’s the first time that the Women’s PGA will be held at this legendary course, which counts as its members many congressmen, and has hosted several memorable men’s majors down through the years, Including the 2011 U.S. Open. 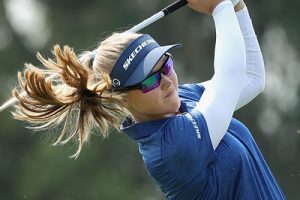 The problem with betting on the women’s tour is that not many sportsbooks offer wagers. For the Women’s PGA, there were bets up at Tipico, BetRivers, BetMGM, Barstool and a few others, but most of them were simply for the winner of the tournament, and only a few had the leader after each round or any other bets.

Even if you haven’t followed women’s golf very closely, you have to be aware that the sport is dominated by Asian golfers. The favorite is Korean Jin Young Ko (+1100 at BetMGM), who has won 13 times since she made her debut in 2018, including a victory this year in the HSBC Women’s World Championship in March. 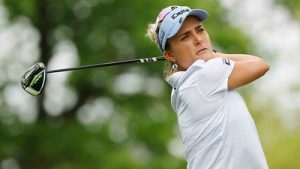 The 19-year-old Thai Atthaya Thitikul is headed for Rookie of the Year honors and could sneak in a victory at this event. She’s been playing very well lately and you can get her at +225 at BetRivers to finish in the Top 10.

The 25-year-old Australian Minjee Lee won the U.S. Women’s Open earlier this year, and comes in at +1400 at BetRivers.

American Lexi Thompson (l.) is in her 10th LPGA season and has played very consistently this year, finishing in the Top 10 in five of the eight tournaments she’s played. If she can accomplish that again at the Women’s PGA, you can bet it at BetRivers getting odds of +175.

So have some fun after last week’s incredible men’s U.S. Open. Check out the ladies and place your bets.