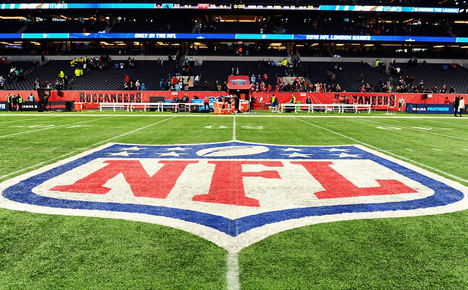 NFL season kicks off this week with Dallas Cowboys at Tampa Bay Buccaneers. It’s a great time to score some great sportsbook offers.

For sports fans, this is the best time of year: the return of NFL season, starting with the opening game between the Dallas Cowboys and Tampa Bay Buccaneers at the Bucs’ home arena, Raymond James Stadium.

To kick off the season, our favorite sportsbooks are rolling out some great offers—for tonight’s game and for others on the schedule. Check them out and get in the action.

Sign up and deposit at least $10 into your BetMGM account, then bet $10 on either teams’ moneyline. If your team scores a TD, you’ll win $200 regardless of your wager outcome.

BetMGM also is kicking off its $50,000 “King of the Weekend” contest, a weekly free-to play game where all players compete for $50,000 by guessing the weekend’s Top 6 scoring NFL teams in the correct order. Even if no one guesses all six correctly, $1,000 will be awarded to the customer who makes the most correct predictions.

Caesars Sportsbook (formerly William Hill) has loads of cool promos for NFL Season. Like the Caesars Kickoff Boost: Bet on the Buccaneers to score at least 1 point against the Cowboys, and it’s boosted to +100! Maximum bet $50.

That’s just the start. Bet $100 on the NFL in September and get a free gift card to redeem for an NFL jersey at Caesars. Plus, new players get a risk-free bet of up to $5,000. Terms apply.

PointsBet: Double Your Bankroll on Brady

PointsBet is celebrating NFL season with some easy money for ALL PointsBet customers.

If Tampa Bay Buccaneers QB Tom Brady throws for just 1+ yard in Week 1 against the Cowboys, you’ll double your money—maximum bet of $10. It’s never been easier to make a buck on the GOAT.

Celebrate the return of football with the ultimate free cash bonus bundle at Unibet! Just wager $200 or $1,000 on football (NFL/NCAAF) this week, and you’ll get either a $10 or $50 free cash bonus for the next four weeks of the season.

How does it work? Wager a cumulative amount of at least $200 or $1K on either NFL or NCAAF markets through September 13. Bet must settle during the promo period; futures or cashed-out bets don’t count. On September 16, you’ll get your first free cash bonus.

At Bet365, get more for your multi-sports parlays. Just place a pre-game parlay of 2 or more selections for the NFL, NCAA football, the Canadian Football League and more on the following 2-way markets: Spread/Run Line/Puck Line, Game Total, 1st Half Spread, 2nd Half Spread, 1st Half Totals and 2nd Half Totals. (NBA, WNBA, NCAAB, MLB and NHL are eligible for your parlay).

If your bet is successful, Bet365 will add a bonus of 5% to 70% to your winnings. The bonus amount is dependent on the number of selections. Bonus is paid as cash and added to your withdrawable balance. Bets placed with Bet Credits aren’t eligible for this offer.

At BetRivers, place a $50+ Single wager on the Detroit Lions to win the NFC North, and you’ll get a $5 Free Bet for every regular season game the Lions win!

Bets must be placed by September 9 to qualify. Free Bets will be awarded the Tuesday following a regular season win.

At PlaySugarHouse, place a $50+ Single wager on either the Philadelphia Eagles or Pittsburgh Steelers to win their division. You’ll get a $5 Free Bet for every regular season game the teams win!

Bets must be placed by September 9 to qualify. Free Bets will be awarded the Tuesday following a regular season win.

Get in on the action without getting in over your head. If you or someone you know has signs of a gambling problem, call 800-GAMBLER or visit 800GAMBLER.org.

In NFL Season, Your