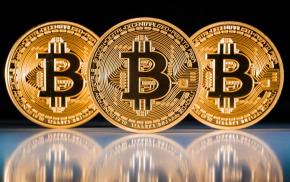 Chinese bitcoin exchange BTCChina said it will stop all trading on Sept. 30, Reuters reports, adding to an already panicked market that has Bitcoin and other virtual currencies values plummeting.

Bitcoin has lost 30 percent of its value in less than a month. The panic started when China—where many Bitcoin exchanges are located—indicated it may move to shut down the exchanges.

BTCChina said its decision was based on directive from Chinese authorities expressing concern over investment risks involved in cryptocurrencies and ordered a ban on initial coin offerings, or ICOs—the practice of creating and selling digital currencies or tokens to investors to finance start-up projects, Reuters said.

The Chinese action—and concerns about possible moves by regulators in other countries—has set off a panic on exchanges that has seen about $60 billion in total value of cryptocurrencies disappear. Bitcoin reached a record value of about $5,000 last month, but has now dipped below $3,500 and continues to fall.

Reuters and other media reported citing sources that China planned to further ban exchanges that allowed virtual currency trading, but the regulator has yet to make an announcement.

Also, Jamie Dimon, chief executive of JPMorgan, was quoted in a widely distributed story as saying that cryptocurrency was a “fraud” and was set to “blow up.” Bitcoin fell as much as 11 percent after that story was released.