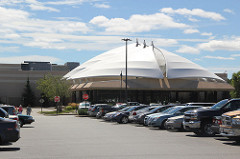 Probably on the day after Thanksgiving at the earliest sports betting will be offered at Rhode Island’s Twin River casino, the first in New England to offer wagering on sports teams. Twin River in Tiverton will offer sports betting sometime next year.

Yet the legislature was hoping that it would have happened a lot sooner when they legalized sportsbook in June for both of the state’s casinos. They were told October 1.

Delays have been caused by testing of software and negotiations between the casino operator, Twin River and IGT/William Hill, which will operate the betting, says Rhode Island Department of Revenue chief of information and public relations Paul Grimaldi.

He told Sports Handle that IGT/William Hill just released the software to the Division of Lottery about a week ago and that it will probably take two weeks more or less to finish the testing. “The sportsbook will start taking bets once the software is certified.”

This delay has already cost Rhode Island $12 million of the $23.5 million it expected to collect during the fiscal year that began in July. The state will tax sports betting at 51 percent, the highest rate in the nation.

The president of the Senate Dominick J. Ruggerio and other legislative leaders said they were unhappy about the delays. Ruggerio said, “I support expansion of sports gaming as an entertainment option for Rhode Islanders, and my staff is currently researching mobile gaming as we prepare for the 2019 session.”

William Hill and IGT are the only approved operators in Rhode Island. IGT will provide the platform and William Hill will be in charge of risk management.

Currently Twin River Casino in Lincoln is building a sports betting window that will serve until a more permanent facility can be added in December, when a lounge serving burgers and beer will be added with screens indicating live games and odds.

Because the Twin River will be the only casino in the region offering sports betting, it could attract betting from neighboring states.

The state is sliding cautiously into sports betting, which will only be allowed onsite, and not using remote betting from computers or mobile platforms. Adding those options will come next year.

Also, the state won’t yet allow “prop bets,” which are wagers that occur while the game being bet on is in progress. That may make it harder to grow sports betting, especially since many of those who do it illegally are able to make such wagers. Those people are unlikely to travel very far to do it.

But people who have never bet on a sports team might do it if it’s made available to them at a place where they are already staying, say some experts in sports betting.

The Boston Globe talked to Waltham, Massachusetts resident David Cacciatore, who bets on sporting events. “It’s going to be more exciting for the people who don’t normally bet on sports. You’re going to have the people who go to the casinos occasionally for a good time. Sometimes people don’t play blackjack or roulette, so they look forward to betting on the games and having a couple of beers at the sports bar.”

Liz Taber, president of Citizens Concerned About Casino Gambling criticizes lawmakers for legalizing sports betting without a vote of the people. She criticizes the state for making gambling the third largest source of government revenue.

“It’s not sustainable,” she said. “It’s one of the only businesses that consumes its own customers.”

Gerald S. Aubin, director of the Rhode Island lottery told the Globe, “The facilities, both Twin River and Tiverton, are tremendous revenue generators in Rhode Island. We rely heavily on the revenue stream.”

Rhode Island’s legislature and governor have had trouble in recent years balancing the budget. Even after allowing the state’s two casinos to add table games in 2013.

Because the region’s gaming market is expanding, but the number of customers is relatively static, each casino is competing for a limited resource. That’s why being the first in the region to offer sports betting is so attractive to state officials. And why they are so disappointed that it wasn’t able to cash in on the just completed World Series, the beginning of the NBA season and NHL and, of course, the current National Football League season.

Even that advantage could diminish quickly as neighboring states labor to put together sports betting legislation. Rhode Island’s high rate won’t help either.