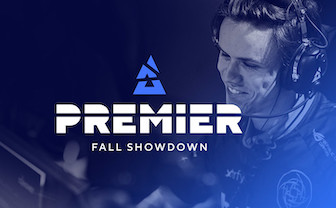 The BLAST Premier Fall Showdown, October 12-17, will determine which of 16 teams qualifies for the Fall Finals. Check out our picks before you bet.

The BLAST Premier Fall Showdown 2021 will start Tuesday, October 12 and continue through Saturday, October 17. The tournament will distribute $162,500 in purse money and have a single elimination bracket. Sixteen teams will compete for two available slots to qualify for the Fall Finals.

Here we’ll cover which five teams will head the tournament, taking into account different aspects. Let’s take the ESL World Ranking as a starting point. Considering it, the best five teams of the tournament will be:

Hey, esports fans! Get a free $5 game plus up to $100 instant match on first deposit at MonkeyKnifeFight.com.

Start with Nikola “Niko” Kovač, the rifler of G2 Esports. Niko had one of the best ratings on the team in their last tournament. And he’s always a top killer vs. the competition.

Heroic has two beasts, who were made to kill everyone. Martin “Stavn” Lund and Rene TsSeS Madsen always get the most kills in Heroic games, giving the team a great chance to win every time.

If you’re a typical player, fascinated with AWP kills, you have to watch Dzhami Jame Ali, Virtus.pro captain. In the team’s last tournament, the Awper of the Russians made the most AWP Kills in almost all his games.

For OG, you have to follow the career of Shahar “flameZ” Shushan. He’s the youngest of the team and probably of the entire tournament.

At 18 years old, flameZ has been performing at a high level, and this tournament will probably be a chance to get his name in the community.

Considering the current single elimination bracket, two teams qualify for the Fall Finals: Heroic and G2 Esports had outstanding matchups on their way to the BLAST Fall Showdown, giving us the confidence they’ll perform well here.

We predict G2 Esports star player Nikola “Niko” Kovač to lead his team all the way to the winners’ circle.

All matches will be best of three and take place at three different times:

Get Action on These