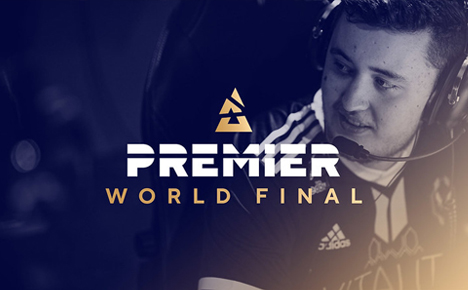 The Blast Premier World Final, December 14-19 will feature eight teams vying for a piece of $1 million in prizes. Here’s a rundown of the contest and our pick to win.

The Blast World Final will take place Tuesday through Saturday, December 14-19. The tournament will feature eight teams with a prize pool of $1 million to be split among them. Here’s our guide to this exciting competition, and predictions for the outright winner.

Eight of the best teams in the professional CS:GO circuit will participate, including:

Sign up to bet the Blast World Finals and get a free $5 game plus up to $100 instant match on first deposit at Monkey Knife Fight.

After their showing in the recently-concluded Blast Premier Fall Final, Natus Vincere is the team to beat at this event.

Na Vi has endured a rollercoaster ride to the top of the professional CS:GO world. The team’s rise and its strength have been attributed to arguably the best player in the world presently, S1mple. He was officially ranked the second-best player in 2019 and 2020, and was No. 1 in 2018. S1mple has been in stellar form the last few months, averaging 0.86 kills and just 0.60 deaths per round over the previous three months. Having claimed the Blast Premier Fall title, Na Vi is riding lots of confidence and momentum.

G2 Esports come into this tournament as slight underdogs to win, considering Na Vi’s recent rhythm. G2 toppled the CS:GO world by acquiring NiKo from Faze in a wise move by a franchise. That signing had a direct impact on G2’s recent ascent to No. 2 in the world. Now the team needs to add some silverware to their improved recent performances.

From an offensive standpoint, Hunter has provided able support to NiKo, but the rest of G2’s roster—Jackz, Amanek and Nexa—will have to step up in a big way to upset the apple cart at this competition. All three players have a negative K/D ratio in the last three months of CS:GO action.

Gambit is one of the most improved CS:GO teams this year. The team has made rapid progress up the CS:GO rankings, up to No. 3 currently. They won four straight games in the V4 Future Festival to win the tournament. Four wins preceded that result in the PGL Major in Stockholm. Gambit’s recent form will make them strong contenders for the title.

This is a top-tier CS:GO tournament, and some of the world’s best players, will be on show.

One of the best long-range proponents in CS:GO, including the AWP, S1mple has also been in stunning recent form, providing Natus Vincere with incredible offensive depth. His low death rate gives him a high probability of keeping his in-game economy intact too.

From a statistical perspective, there’s no better player in the world than ZywOo. He was ranked the best player in the world for two years running, in 2019 and 2020. If not for his stunning returns, Team Vitality may not be at this tournament. Watch out for his proficiency with long-range weapons.

Dev1ce hasn’t quite found his shooting rhythm since he moved from Astralis to Ninjas in Pyjamas. But he’s been one of the best in the world for some time, particularly from long range. This could be the venue he needs to pick himself up.

Natus Vincere enters the World Final on the heels of victory at the fall tournament. Understandably, this team will be considered overwhelming favorites to win.

But despite S1mple and Na Vi’s proficiency, there’s a sense that G2 could be hard to beat—mainly if NiKo picks up some steam as the tournament progresses. While other teams will compete, they don’t match up well against Na Vi and G2 on the skill front.

The team to back could well be G2 here.

The Blast Premier World Final 2021 will take place December 14-19 at the Blast Studio in Copenhagen, Denmark. The tournament will be live-streamed on Blast’s Twitch and YouTube channels.

Why Play at Online C