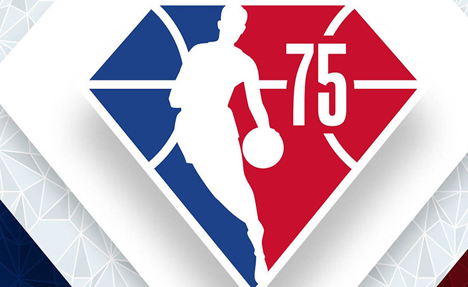 The NBA season is less than a week away, and it’s the off-season drama that should inform your proposition bets.

The NBA off-season saw some teams get stronger, others get older and one turn into a soap opera. With the 2021-22 season less than a week away, those developments should definitely factor into your decisions about NBA prop bets.

Two of the biggest winners in the off-season appear to be the Washington Wizards and the Memphis Grizzlies. The Wizards got rid of Russell Westbrook, a high-scoring me-first player who tended to divide locker rooms. Yes, he helped take Washington to the playoffs for the first time since 2018, but they lost in the first round to the Philadelphia 76ers in five games.

The Wizards are listed at Caesars Sportsbook (ex-William Hill) to win 34.5 games. Both the over and under are at -110. The team won 34 games last season, and could improve on that total with their current roster of players.

What other NBA props should you be looking at? Here are some side bets we like this season. 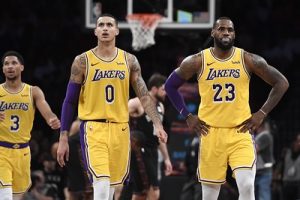 They say that Father Time is undefeated, and that definitely applies to the Los Angeles Lakers. They’re the NBA’s oldest team with seven players past 30, and five older than 35. That includes 36-year-old LeBron James, 36-year-old Marc Gasol, and 37-year-old Carmelo Anthony.

Can the Lakers make a deep run in the playoffs with this league’s version of the Golden Girls? They got bounced in the first-round last year, and there’s nothing to suggest they’ll make a deep run this season. With Westbrook, James, Anthony and Anthony Davis clamoring for the ball, the Lakers might also run into chemistry issues.

The line on L.A. for season victories is 53.5 at Caesars Sportsbook. Factor in injuries, load management plans where stars will be held out and the Western Conference getting even better than 2020, and the Lakers should make the playoffs. But they won’t be 13 wins better than last season. In this NBA prop, take the under at -115. 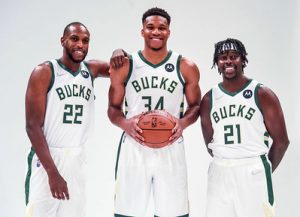 The hype is on the Brooklyn Nets to win the Eastern Conference, and Golden Nugget Sportsbook has them as the +100 favorite. But the Milwaukee Bucks might be a better bet at +300.

The defending NBA champions took a hit when P.J. Turner and Bryn Forbes left via free agency, but the starting five of Jrue Holiday, Donte DiVencenzo, Khris Middleton, Giannis Antetokounmpo and Brook Lopez should be able to carry the Bucks to the Eastern Conference Finals.

The New Jersey Nets will be the biggest roadblock, and the two will most likely meet to see who goes to the finals. Milwaukee will be motivated to show 2021 wasn’t a fluke. 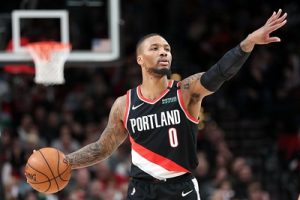 While all the MVP attention has been showered on Dallas Mavericks’ Luca Doncic and Milwaukee’s Antetokounmpo, Portland Trail Blazers’ Damian Lillard has been leading his team to overachiever’s status. Lillard averaged 28.8 points in 2020-2021, and a playoff appearance.

The Trailblazers went down in the first round, upset by the Denver Nuggets, and head coach Terry Stotts was the scapegoat for the debacle. Now first-year coach Chauncey Billups is entrusted with leading the team to a better playoff performance.

He’ll do that by depending on Lillard to have an MVP-type season. If Lillard responds, which he should, his opening odds of +1200 at PointsBet will look like a huge value bet. 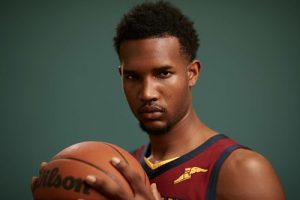 The Rookie of the Year award will come down to four first-year players:

Green and Cunningham are the favorites at BetRivers at +250, with Suggs next at +650.

Mobley’s the fourth pick at +900, and that could prove to be an attractive wager. The former USC player shined in the NBA Summer League, blocking five shots in three games. Mobley was also an effective scorer and passer.

The only negative: this award is heavily tilted towards guards and forwards. The last big man to win the honor was Emeka Okafor in 2005. Mobley will need to have a remarkable season if he is going to be considered the ROY, but he might be able to pull it off. Before you bet, read more Reger at iGamingPlayer!

From Lightning to Kr