Books Betting on Harvick to Win NASCAR Folds of Honor 500 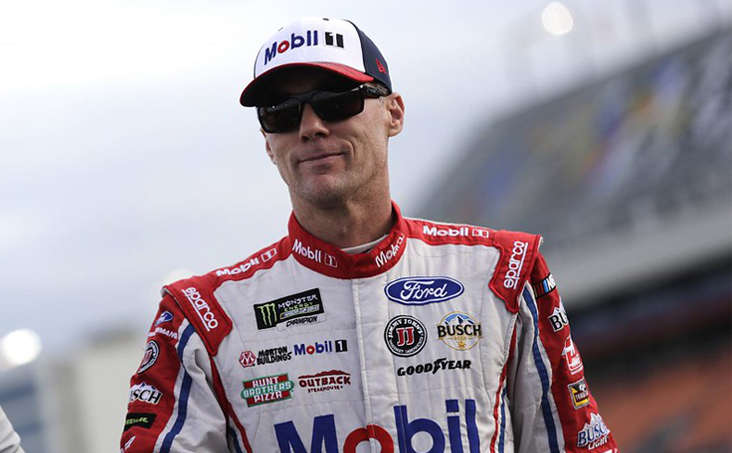 The latest event in NASCAR’s Cup Series, the Folds of Honor QuikTrip 500 will be broadcast this Sunday, June 7 at 3 p.m. A Virtual Tailgate at 1:45 p.m. will set the pace, and Kevin Harvick looks like the one to beat.

There’s nothing like the thrill of the race, the roar of the crowd.

Well, you can’t have everything.

NASCAR’s Folds of Honor QuikTrip 500 will go off at Atlanta Motor Speedway on Sunday, June 7 at 3 p.m. ET. But for this race, the stands that once held up to 125,000 cheering fans will be silent as the tombs.

We leave it to you, race fans—is this fun, or just plain weird?

Anyway, if we don’t have fans, at least we have cars and drivers on the famous 1.5-mile oval. This is the latest event in NASCAR’s Cup Series. It will be broadcast worldwide on FOX and PRN, and supports Folds of Honor, an organization that provides scholarships for the spouses and children of fallen or disabled service members.

The books agree that Kevin Harvick is the favorite, but second-place seems to be a tossup between Kyle Busch and Chase Elliott.

Sign up to wager at GoldenNugget.com, and get a $100 risk-free bet! Only straight wagers (single bets) and live bets (in-play bets) qualify. Parlays do not qualify for this offer.

Here are our odds to beat, and bet:

Then there’s the pride of Mayetta, New Jersey, Martin Truex Jr. (l). The 2017 NASCAR Cup champ has been winless in 21 starts at AMS, but had seven Top 8 finishes in his last eight turns, and posted a second-place finish in 2019. Plus, he’s a hometown favorite, and in New Jersey, that goes a long way.

If you think the no-fans thing is a downer, this part is fun—QuikTrip will host a Virtual Tailgate before the race, starting at 1:45 p.m. You can join online, following a link that QT will share on Facebook, Twitter and Instagram.

“We know the Folds of Honor QuikTrip 500 will look and feel different this year,” said QuikTrip spokeswoman Mendi Parker, “but it’s important … that we continue to engage with the fans and give them an experience in lieu of the traditional race activities this year.”

Bet on sports at ResortsCasino.com, and you’ll be in line for a $250 risk-free bet! New players only. Terms and conditions apply.

So, what the heck. No fans, no problem. At home, you can bring in a bunch of friends to provide the soundtrack through their protective masks. Or download an MP3 file of people screaming their fool heads off (you know, like in the toilet paper line at Walmart).

Here’s how the odds shake out at WilliamHill.com:

And here’s hoping we can get back soon to the way we were.

Golf Is Back June 11