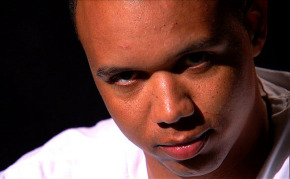 Borgata Atlantic City has asked a federal court to allow it to search in Nevada for about $10.1 million it is owed by professional poker player Phil Ivey.

Ivey lost a lawsuit brought by the casino charging that he illegally used “edge sorting” techniques to win about $10 million from the casino playing baccarat. Though a judge ruled that Ivey did not cheat, he did gain an unlawful advantage over the casino through the process—where he and a partner exploited defects in the markings on cards used in the game—and had to repay his winnings.

Ivey is appealing the ruling and has asked a court to delay Borgata’s collection saying that paying out the amount before the appeals are heard would irreparably harm his business ventures.

However, Borgata has apparently been looking to locate Ivey’s financial assets in New Jersey and has been unable to find any.

“Borgata has been unable to locate any assets of defendants in New Jersey. Borgata identified a bank in which Ivey maintained an account. A writ of execution was returned and the bank indicated there were ‘no funds,’” the filing said.

Borgata was able to locate a Wells Fargo bank account in Ivey’s name. On Oct. 2, the bank informed the casino the account was empty, the filing said.

Ivey appears to split residency between Macau and Mexico, but wants to collect money from Ivey’s assets in Nevada.

“Although the extent of Defendant Ivey’s business holdings is unclear, it is believed that Ivey Poker, LLC is the entity behind Ivey League, Ivey’s poker-oriented website,” the filing said. “Ivey’s holdings have been estimated at $100 million, and the above shows these holdings, at least those that are ascertainable, are based in Nevada. Ivey has also disclosed a luxury home in Cabo San Lucas, MX on his social media account. It is possible that one of Ivey’s Nevada entities is the ultimate owner of this home.”

A decision on the casino’s request is expected in early November.