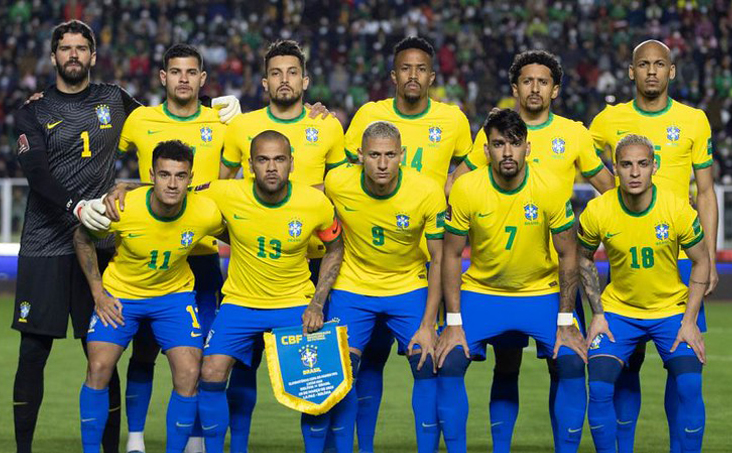 The World Cup begins on Sunday and Brazil and Argentina are the favorites to win, but Germany and England are in the mix too.

Put aside the cutesy/annoying Jon Hamm World Cup ads popping up on your TV in an endless loop. Not even Santa-by-way-of-Don Draper has an inkling where this World Cup is going.

The world’s greatest soccer tournament, which begins Sunday with host Qatar taking on Ecuador, enters uncharted waters on several fronts, not the least of which being the fact we’re discussing the World Cup in late-November/early-December. That, courtesy of FIFA, which found itself upending the world’s regular soccer schedule when it gave its flagship event to a Middle Eastern country where the temperature sits around 122 F in the summer.

And we haven’t discussed what havoc COVID has wreaked on the 32 teams who qualified for the month-long tournament that wraps up with the December 18 finale. The last two-plus years meant South American powers like Brazil, Argentina, and Uruguay haven’t played the European powers as often as they usually do come World Cup time.

A quick primer on the format. The World Cup features 32 teams broken into eight groups of four teams. The teams play everyone else in their group, with the top two teams emerging into the Round of 16, which is single-elimination for the duration.

With that, let’s take a look at the key contenders.

Do we start with the ridiculous form or the ridiculous depth? Brazil comes in with one loss in the last two years: a 2019 Copa America loss to Argentina. This also includes winning a gold medal at the Tokyo Olympics and a 15-game unbeaten streak. The Brazilians are well-coached and with the likes of Neymar, Richarlison, $125 million man Vinicius Junior, Raphinha or Gabriel Jesus, are so deep, they can run out three different sets of attackers in each of their group games and not miss a stride.

Did someone mention good form? The Argentines hit the desert riding a 35-game unbeaten streak that included that 2019 beating of Brazil—the only other team in the tournament to not lose a qualifying game.

They conceded just eight goals in their 17 World Cup qualifying matches. With the talismanic Lionel Messi, playing what he said is his last World Cup, captaining a unified, and for a change, stable Argentina squad, destiny could be the Albiceleste’s 12th man.

They’ll likely have Brazil standing between them and the finals and it’s a tough ask to beat this Brazilian squad again. 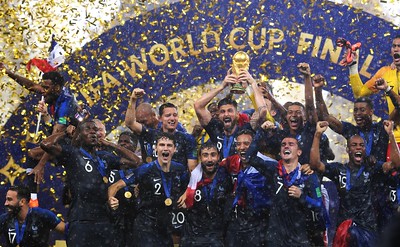 France has Kylian Mbappe, who is one of the best players in the world. Karim Benzema returns to the national team after six years in exile due to an alleged scandal involving a teammate.

Now add Osumane Dembele and midfielders Aurelien Tchouameni and Eduardo Camavinga. Throw in a deep defensive core of Rapahel Varane, William Saliba, Theo Hernandez, and Benjamin Pavard. Add it all up with standout coach Didier Deschamps and you’ve got another formula for a deep run.

However, injuries have chipped away at Les Blues’ usual formidable midfield, which is missing Paul Pogba and N’Golo Kante. Not to mention, the French lost some mojo in the four years since winning the World Cup, exiting the European Championships in the round to 16 and getting thrashed in World Cup qualifying by Germany, Portugal and Switzerland.

The World Cup defending champions have exited in the group stage in four of the last five tournaments.

Coach Gareth Southgate has so much talent at his disposal that nobody, with the possible exception of Brazil, goes this deep all over the pitch.

They also have the deepest midfield corps in the tournament with Declan Rice, Mason Mount, Bukayo Saka, Raheem Sterling, Phil Foden, and Jack Grealish to standout striker Harry Kane. The Three Lions have no excuses.

When Germany somehow failed to get out of their World Cup group four years ago, that not only snapped a four-tournament streak of semifinal appearances, it marked the first time in 80 years Germany failed to reach the knockout round.

But all those new faces make their World Cup debuts in what is the tournament’s “Group of Death,” putting the Germans against Spain, a dangerous Japan and Costa Rica. While they should emerge, a second-place finish likely earns them a tough Belgium squad in the Round of 16. 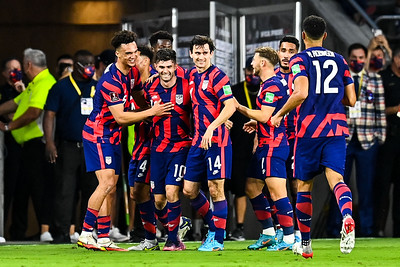 This is the best U.S. team in 20 years, with 13 of their 26 players playing in one of Europe’s top five leagues, including five in the English Premier League.

But can you seriously pick a team that lost to the likes of Panama and Canada, stumbled to a 0-0 draw with Saudi Arabia and got dominated by Japan? There are way too many questions on the back line, with center backs Miles Robinson and Chris Richard out with injuries. Realistically, the Americans should finish second in their group, then play the plucky, but outmanned, underdogs to Senegal or The Netherlands in the Round of 16.