Breaking Down the Stanley Cup Semis 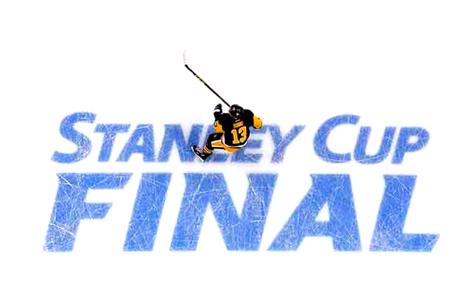 The Stanley Cup Finals are just down the pike, and the semifinals are going in different directions. It’s New York Islanders vs. Tampa Bay Lightning and Vegas Golden Knights against the Montreal Canadiens.

Four victories must be won before the Stanley Cup Finals, but the two semifinals are going in different directions, with the New York Islanders even with the defending champion Tampa Bay Lightning, and the Vegas Golden Knights up 1-0 in the series against the Montreal Canadiens as of game time on Wednesday night.

Both series had some of the biggest odds of any semifinals. The Lightning were -300 at William Hill, while the Islanders were +240. The gap was even wider with the Golden Knights. Vegas opened at -450 to take down Montreal, which was +350 to win.

Tampa Bay hosted New York in Game 1 of the semifinals on Sunday, and the Islanders shocked the Lightning, winning 2-1. The home team was the -200 favorite, while New York was +165. After the loss, Lightning head coach Jon Cooper admitted the team had a bit of a mental breakdown.

“Our work ethic was there, our compete [level] was there,” Cooper said. “Our minds weren’t there. Some of our decisions were poor. That’s what happens when you get this deep into the playoffs. You have to have everything working in unison, and we just weren’t there.”

The Isles are out for revenge against the Lightning, who knocked them out of last year’s Eastern Conference Finals. Islanders head coach Barry Trotz said the teams are pretty evenly matched, and “pretty much the same as (we) were last year.”

Love the NHL? Get your season pass for total sports and betting coverage at iGamingPlayer. 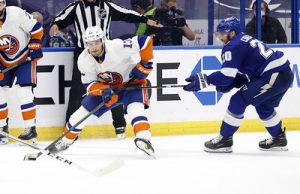 Cooper fired up his team before Game 2, and his players responded. They dominated New York, winning 4-2, to even up the series at a game apiece.

Tampa was -200 to win Game 2, while the Islanders were +175. Tampa hasn’t lost back-to-back games in the Stanley Cup Playoffs since 2019 when they were swept by the Columbus Blue Jackets in the first round in 2019.

“It’s easy to panic and kind of feel like we really, really need to win the next game,” Tampa Bay defenseman Victor Hedman said before the game. “You can’t be scared going out. You have to embrace that challenge.”

But New York got a split on the road, and now returns to Long Island with a chance to win two games at home. 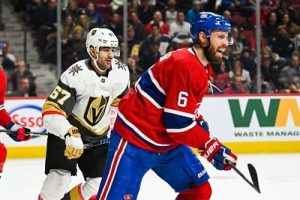 After defeating the Colorado Avalanche in the second round, Vegas was assured of home ice for the rest of the Stanley Cup Playoffs, beginning with its semifinal match against Montreal.

The Golden Knights took advantage of being at T-Mobile Arena and downed the Canadiens, 4-1. They were -280 to beat Montreal, which was +220 to pull off the upset.

While that number was high, it rose even further for Wednesday’s Game 2. Vegas opened at -260 to win on Wednesday, and the line quickly jumped to -270 at several Las Vegas sportsbooks. Montreal was +230. The odds were even higher at BetMGM. The Golden Knights were -275, while Montreal was +220.

That’s nothing compared to the price for Vegas to reach the Stanley Cup Finals. The Golden Knights opened at -450 to win the series, but even before Monday’s victory, the line had climbed to -550 at some sportsbooks. BetMGM reported on Wednesday its line on Vegas to win the series was now -900.

Montreal arrived in Vegas Monday to a packed house of enthusiastic Knights fans. It was something they hadn’t experienced yet this season, as Canadian teams were playing without fans. Beginning May 29, Montreal approved allowing 2,500 fans at Bell Centre. But that may feel like being in a library compared to the 18,000 fans expected for all games played at T-Mobile Arena this post-season.

Going into Wednesday’s second semifinal game, the Golden Knights were talking like a team that knows it’ll reach the finals. The team was on a five-game winning streak, and it’s not just one line that’s scoring.

In Game 1, defensemen scored three of the team’s four goals. It was something that frustrated Montreal goalie Carey Price. “They got some solid D-men over there,” Price said. “They were finding lanes, getting pucks through, and jumping in to the rush. That’s what good D does. I’ll have to find a way to mitigate that.”

“We’re not taking anything for granted,” Vegas coach Peter DeBoer told NHL.com. “We know the character of that team. We know what they’ve done. We’ve been in that spot ourselves where people have written us off. I know how we responded [coming from behind 2-0 against the Colorado Avalanche in the Stanley Cup Second Round], and I saw how they responded [coming from behind 3-1 against the Toronto Maple Leafs in the first round].

Montreal is 8-1 when scoring first in the playoffs and 0-3 when allowing the first goal.

“Playing with the lead is huge, especially on the road,” Montreal forward Tyler Toffoli said. “I think that’s going to be one of the key things for [Game 2], is have another good start and just capitalize on our opportunities.”

Join Unibet.com today and get $20 free without deposit! Your first cash bet is insured up to $250 back if you don’t hit a winner.