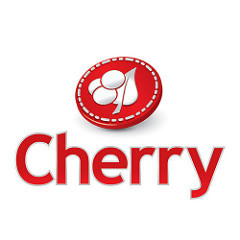 The firm is fronted by Cherry chairman Morten Klein and Betsson CEO Pontus Lindwall, according to SBC News. An independent bid committee established by Cherry—set up to consider the takeover bid on the board’s behalf but excluding Klein—has recommended that its shareholders accept the public offer of SEK87 (£7.59) per share submitted by European Entertainment Intressenter Bidco.

EE Intressenter is a company jointly controlled by Bridgepoint Advisers, which is acting on behalf of a series of partnerships including Bridgepoint Europe VI Fund, Prunus Avium, Klein Group, Audere Est Facere, Pontus Lindwall, Berkay Reyhan and Can Yilanlioglu, the report said.

The offer has been fully financed through a combination of equity provided by Bridgepoint and other consortium members, as well as debt financing provided by Ares Management, the report said.

The offer is good until January 23, 2019, subject to extensions.

“We have followed Cherry closely for a long time and have the highest regard for the success and impressive track record that Cherry and its divisional management teams have achieved through driving innovation in the iGaming sector,” said Mika Herold, a partner at Bridgepoint Advisers in a press release. “However, we also believe that many of the opportunities and challenges facing Cherry and its subsidiaries are easier to approach in a private setting and with a more favorable capital structure.”