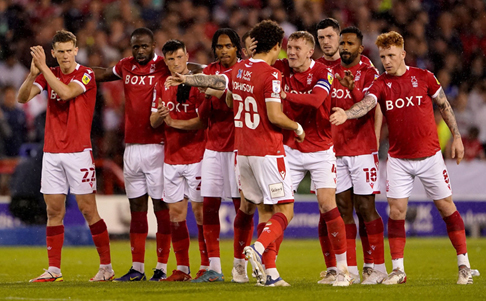 Now that the World Cup is in the rearview mirror, the English Premier League is in full swing and there are several games on this week’s schedule, including Brighton against Liverpool and Brentford taking on Bournemouth.

An in-flux, out-of-form Liverpool team is going south to bring its momentum north. Nottingham Forest and Leicester City are trying to put more distance between them and the dreaded relegation zone. And what’s with Brentford? What are they doing buzzing in the top half of the English Premier League table?

The beauty of betting on the game is not only the vast smorgasbord of games, teams and leagues awaiting, but the array of wagers at your disposal. Don’t like the moneyline? There’s a spread bet or a total bet. But the menu runs deep into betting on clean sheets, whether both teams will score (or not), draws and even corner kicks and total cards issued.

Here are three of this week’s Premier League games that offer tasty options across numerous boards.

Seeing Anything but Reds Here

Liverpool at Brighton looks like the proverbial Brinks robbery game. The powerful Reds come into the AMEX Stadium on England’s South Coast, send waves of attackers at the Seagulls, score goals in bunches and return north with three points.

Here’s a hint. Looks are quite deceiving here.

These two teams are separated by two places and a single point on the Premier League ladder. Liverpool (8-4-5/28 points) rests in sixth place. Brighton (8-3-6/27 points) sits in eighth. But Liverpool is in flux. The Reds lost standout center back Virgil van Dijk for the next month, courtesy of a hamstring injury. He joins forward Diogo Jota and winger Luis Diaz on the injury rolls.

As if that wasn’t enough for manager Jurgen Klopp to deal with, there’s the dreadful 3-1 loss to Brentford coming out of New Year’s sitting like a bad olive. Don’t confuse that with the 2-2 FA Cup tie with Wolves that Liverpool was lucky to salvage.

Add it all up and a resurgent Brighton team couldn’t pick a better spot to get the Reds. Brighton ended 2022 rolling up three goals on Southampton, opened 2023 blowing out Everton, 4-1 and Middlesborough 5-1 in the FA Cup.

Brighton lost only one of the last five meetings between the two. The Seagulls hold better form and should seal the vault on this non-Brinks robbery of a game. Especially at the value you’re getting taking Brighton on the moneyline

What you have here are two teams trying to keep from being relegation bait. Fifteenth-place Nottingham Forest (4-5-9) is tied with Leicester (5-2-11) with 17 points, but the Foresters stare two spots up at Leicester, courtesy of a grossly inferior goal differential (minus-21 vs. minus-5).

Nottingham Forest has surrendered 34 goals this year, second-worst behind Bournemouth’s 39. Leicester City gave up 31. This is completely in the nature of these two, especially when they tangle. Of the last six meetings between the two, the Over-3.5 has cashed five times—explained by the teams averaging four goals a game in that span.

Last year, each team scored four goals in one of the matches. This year, Leicester has given up at least two goals in every away game to teams outside the relegation zone.

Translation: Friar Tuck or Little John aren’t walking through that door as a center back pairing for Nottingham Forest anytime soon. The Foresters lost two 3-2 games this year at the City Ground and threw in a 2-2 draw for good measure. The Over 3.5 is at +240 but we like the Over at a more moderate -110.

Prediction: Nottingham Forest-Leicester Over-2.5 (-115 at BetMGM) 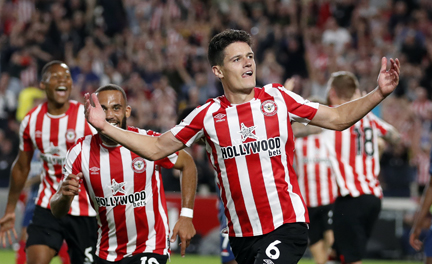 Once viewed as near-relegation certainties, Brentford is one of the biggest Premier League surprises. As 2023 arrives, the Bees find themselves in the upper half of the table. Their 26 points not only has them in ninth place, but ahead of the likes of Chelsea (25), Leicester City (17), last year’s surprise West Ham (15) and Everton (15).

Brentford has lost only one of their last nine EPL games, dating to before the World Cup hiatus. This includes a 2-1 win at Manchester City and that 3-1 dissection of Liverpool. It does include a 2-2 Boxing Day tie with Tottenham that comes with points left on the table, considering the Bees blew a 2-0 lead.

As for Bournemouth, the Cherries’ season has featured more pits than juice. They’ve won one of their last six Premier League games, that coming Nov. 12 in a 3-0 pasting of Everton. Since then, Bournemouth has been shut out by Chelsea (2-0), Crystal Palace (2-0), and Manchester United (3-0). Mix in EFL Cup exit to Newcastle and an FA Cup exit to Championship side Burnley and this is a Bournemouth team in free-fall.

The Cherries were shut out in six of their last eight Premier League games, That includes the October 1 0-0 draw against Brentford. Having the worst goals-against total in the league and struggling to score goals is no way to avoid relegation.

Against a surging Brentford team, we don’t expect this to get better Saturday. There are a couple ways to play this; either Brentford win to nil (expecting the Bees to keep a clean sheet) at +190, or more conventionally, on the moneyline.