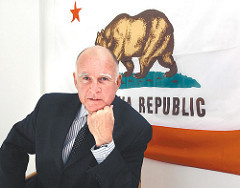 California Governor Jerry Brown has signed bill AB1606 which ratifies the gaming compact between the Wilton Rancheria tribe and the state, and permits the tribe to build a casino resort on 36 acres it owns in Elk Grove in Sacramento County.

The tribe has proposed a 608,756 square foot facility with a 110,260 square foot gaming floor, plus a 12-story, 302-room hotel, pool, spa, convention center and six restaurants and bars. The project will create 1,600 construction jobs and 1,750 new permanent jobs, according to state estimates. The Wilton Rancheria will invest more than $180 million over the next 20 years to improve traffic, enhance schools and increase public safety.

Assemblyman Jim Cooper, author of the compact legislation, said, “For the tribe, the compact marks a big step toward providing the level of independence and support its more than 750 members deserve. The project will mean scholarships, health care, housing and other benefits for a tribe with an unemployment rate above 60 percent, a median income well below the poverty line and college graduation rate near 14 percent.”

Wilton Rancheria Chairman Raymond Hitchcock noted the agreement will help the tribe establish “a destination resort. We look forward to continuing our work with the community of Elk Grove and the greater Sacramento region to help our tribe achieve self-sufficiency.”

The journey to the compact has not been easy for the Wilton Rancheria tribe, which faced violent discrimination against indigenous people in the Sacramento Valley in the 1800s. Its federal recognition designation was stripped in 1958 and was not restored until 2009.