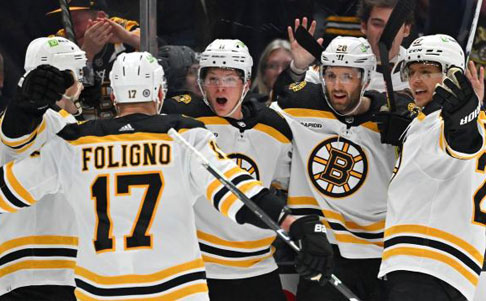 The 2023 NHL season is underway, so let’s take a look at how the landscape changed during the 2022 portion of the schedule, and look forward as we skate into the second half of the 2022-2023 season.

The turn of the calendar from 2022 to 2023 has roughly marked the halfway point of this NHL season.

Let’s take a look at the teams that are performing to a different standard than what was expected of them so far this season.

The Boston Bruins have been shot out of a cannon during the first half of this season. They have won 32 of their first 40 games and have managed a point in half of those eight losses. Subsequently, they have gone from +2200 to win the Stanley Cup to +550.

Their 68 points at this stage in the season are at least 11 more than any other team in the league, with some teams having played anywhere from one to five more games than Boston.

The Bruins have relied mainly upon a trio of stars to get to their current level of dominance: winger David Pastrnak, center/defenseman Patrice Bergeron and goaltender Linus Ullmark.

Pastrnak’s 32 goals are good for second-best in the NHL this season and the winger has become Boston’s clear goal-scoring leader. Bergeron continues to be arguably the best two-way player in the league. Ullmark has been clearly the best goalie in the NHL this season. He is boasting a 22-1-1 record and his 1.87 goals against average is best in the league by nearly a half-goal per game.

With the Colorado Avalanche struggling so far in their quest to repeat as Stanley Cup champions, the Bruins have moved into the lead as the current title favorite. With coach Jim Montgomery pushing all the right buttons, the sky is the limit for this team. So now might be the time to get this bet in before that +550 looks a lot less generous.

The New Jersey Devils came into this season with the understanding that they had a lot of young talent but not to expect too much just yet, as this was a transition year.

They have since over performed in a significant way, producing 53 points in their first 40 games played. The team finds themselves in the thick of a competitive Metropolitan division race and are currently four points behind Carolina for the lead. They have seen their odds go from +8000 to +1500.

New Jersey has gotten most of their success from its main trio of offensive producers. Young centers Jack Hughes (26) and Nico Hischier (18) continue to lead the team in the goal column, and winger Jesper Bratt is pacing the team with 25 assists.

The main concern with the Devils is in net, as they have gotten solid but not great production from a trio of goaltenders. This team is on its way to getting valuable playoff experience for its young core, but not much more. The team is just not quite as strong as some others in the Eastern Conference and doesn’t seem likely to advance past the first round. 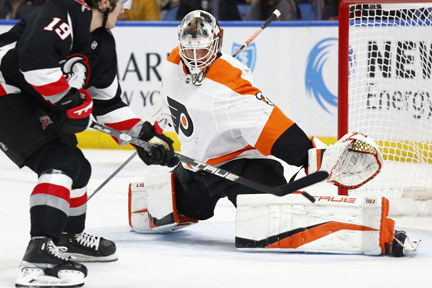 The Philadelphia Flyers looked like a potential playoff team after making a bunch of minor moves this offseason to improve the roster. Unfortunately, they’ve most likely killed all hopes of getting to the postseason by now. After a 3-0 start, the Flyers began down a quick spiral. They at one point lost 19 of 23 games and dropped down to an 11-17-7 overall record. They have watched their odds slip from +5000 to +30000.

The Flyers just haven’t been able to find strength in any one part of the game this season. On offense they have heavily relied on winger Travis Konecnyand center Kevin Hayes to score or assist on most of their goals. Defensively, they cannot effectively keep goals out of their own net either. A large part of this can be attributed to the struggles of young starting goalie Carter Hart, causing the team to try two other options in net in hopes of an upgrade.

Overall this team doesn’t do anything at a high level, and its playoff hopes are looking bleak. Do not expect anything from this Philly squad any time in the near future.

At Golden Nugget we know how special it is when that Parlay comes in and we want to add to that feeling. When creating your parlay look out for the gift symbol on the betting-slip. As soon as you pick three qualifying selections you start to receive a Parlay Boost. Adding more selections will increase the Boost!

This season has been nothing short of a disaster for the Columbus Blue Jackets. The only thing that this team has a chance to accomplish at this point is the league’s worst record.

A season that began with at least a glimmer of hope for the Blue Jackets has turned cold quickly, as the team currently sports just 26 points, the second-least in the NHL. Their odds went from +8000 to +75000.

Newly signed winger Johnny Gaudreau has been the only member of the team worth mentioning, but even his 38 points so far are not up to his level of expectations. The Blue Jackets rank third-worst in the NHL in both goals scored (2.41) and goals allowed (3.85) per game.

This team is only headed further down the drain this season and as a bettor, the only thing to do is to bet against them just about every game from here on out.

Good luck with your bets and enjoy the second half of this NHL season!