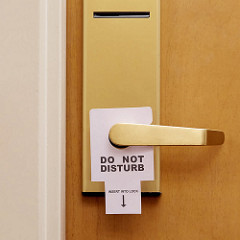 Caesars Entertainment will introduce a new policy to enter guests’ hotel rooms every 24 hours, regardless of whether the occupants have hung out a do not disturb sign.

Caesars plans to implement the policy at all of its 47 properties. The company may also provide staff with ‘panic buttons’ allowing them to promptly summon assistance should they feel threatened, the company said.

Caesars is the latest casino company to tighten its oversight of goings-on by its guests, including Boyd Gaming, Wynn Resorts and MGM Resorts.

MGM’s new policy authorizes hotel security to enter a room if its guest has not interacted in person or over the phone with hotel staff for a period of 48 hours. The Vegas shooter amassed a cache of weapons and eventually fired from MGM’s Mandalay Bay after several weeks in a room with a do not disturb sign on the door.