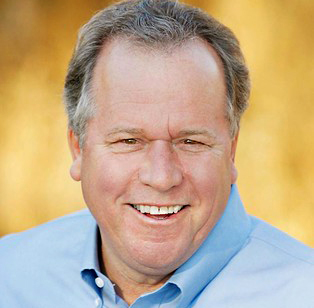 California Senator Bill Dodd (l.) and Assemblyman Adam Gray has introduced their long-awaited bill that would permit sports betting at tribal casinos and racetracks, but not at cardrooms. But cardrooms would be allowed to continue the third-party table game banking that currently is being challenged by the tribes in court.

The grand prize for the sport betting community would be legal bets in the huge state of California. But until now, disputes between gaming tribes, racetracks and card rooms prevented any progress in legalization of sports betting. Last year, the tribes and racetracks finally buried the hatchet and were proposing a bill that would allow each to offer sports betting, but locked out the cardrooms. This week, a long promised sports betting bill was introduced into the California legislature by Senator Bill Dodd and Assemblyman Adam Gray that would split the baby.

The legislators have proposed a bill that would limit sports betting—both on site and mobile—to the tribes and the racetracks, but would permit cardrooms to continue to offer third-party banked table games, which means games like baccarat and blackjack would continue to be offered at the cardrooms. Tribes have challenged in court the third-party arrangements and the games offered as illegal in the state.

But it appears that Dodd and Gray’s bill will meet the same fate as previous, as the tribes refuse to give an inch in the battle of the cardroom games. In a release, the California Nations Indian Gaming Association (CNIGA) rejected any compromise.

“After initial review of Senator Dodd’s recently updated language to amend the State Constitution to allow sports wagering, we have some concerns,” said CNIGA Chairman James Siva of the Morongo Band of Mission Indians. “First, while on its face this language seeks to amend the constitution to legalize and regulate sports wagering in California, this language also provides California’s commercial card room industry with a massive expansion of games, by legalizing the use of proposition players to serve as the bank, a notion that has been rejected by California’s voters and fundamentally changes the legal structure of California’s peer-to-peer gaming industry.

“While we appreciate Senator Dodd’s attempt to address sports wagering, we are vehemently opposed to including an expansion of gaming to a segment of the gaming industry that has proved, for decades, to be unwilling to follow the rules and regulations that guarantee a fair and safe gambling environment, and that comply with federal laws designed to stop money laundering.

“We urge Senator Dodd to remove the provisions relating to California cardrooms until that industry exhibits consistent behavior that proves that they are both willing and able to operate within the confines of the laws and regulations that currently exist.”

Dodd says the genesis of the bill is to help alleviate the $50 billion deficit California finds itself in as a result of years mismanagement and the Covid-19 crisis.

“The amount of money that can be raised in benefit of the state with online wagering is estimated to be up to $700 million a year,” Dodd said. “We’re looking to get those revenues for a COVID-type budget where we need to be looking out for every opportunity to increase our revenues at a time when we have to make so many cuts.”

Siva says the tribes are sympathetic, but won’t trade one crisis for another.

“We understand the need for the state to find additional revenue during such a dire time, although by the time this measure actually could be implemented, we would hope that the current pandemic will have long since subsided,” he says. “Tribal governmental budgets have also seen extraordinary losses due to the closure of our casinos that provide the majority of governmental revenue amid the COVID-19 pandemic. However, we must not ignore one disaster in order to remedy another. We must move carefully and thoughtfully. As valued partners with the state of California, our tribal governments would welcome the opportunity to provide input on a significant proposed change in the gambling policy of California, and look forward to more open and meaningful discussions.”

Other aspects of the sports betting bill includes:

Dodd believes that this time he can surmount any tribal opposition. Since a constitutional change requires a two-thirds majority in each legislative body, it’s a high bar to reach. But Dodd claims to have the support of most major sports teams in the state as well as the cities and counties where cardrooms are located, which he thinks is enough to win. And the current crisis can’t hurt, he says.

“While there’s clearly legislators that have love and admiration and respect for the tribes, there were those that feared what the tribes could do to them if they voted against their wishes,” Dodd said. “Now you have the other side of the equation, where their constituents are looking to them and people don’t want cuts.”

“We feel there’s enough in this to get widespread support,” Dodd said. “We have tribal support coming our way because they’re divided on this issue.”

Tribes don’t seem divided. In fact, CNIGA spokesman Jacob Mejia says the bill only bolsters their arguments against the cardrooms.

“The bill confirms that cardrooms have been operating illegal games for years,” Mejia said. “Otherwise, this measure would not need to legalize them. The notion of authorizing cardrooms to conduct Nevada-style games is an absolute non-starter that repeals tribal gaming rights.”