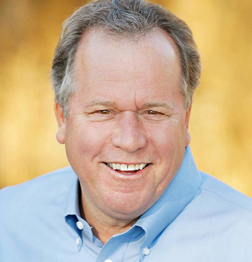 Eighteen California gaming tribes are campaigning for legal sportsbooks at tribal gaming halls and racetracks, but not card clubs. Senator Bill Dodd (l.) and Rep. Adam Gray have proposed a broader plan. Can they succeed in a battle with the tribes?

Several weeks after a consortium of 18 California gaming tribes introduced a campaign to amend the constitution to legalize sportsbook for tribes and racetracks but not card clubs, two legislators plan hearings on a bill, ACA 16, with a much wider appeal. Question is, do the legislators, Rep. Adam Gray and Senator Bill Dodd, have the political clout to oppose the tribes?

At this juncture, ACA 16 is a shell bill that needs to be filled. Gray is the chairman of the Assembly’s Governmental Organization Committee, and his counterpart in the Senate is Dodd. Starting in January, they plan to hold many hearings before a final bill emerges, probably next June.

In order to be placed on the November 2020 ballot, ACA 16 would require a two-thirds yes vote from both chambers of the legislature.

Hearings were supposed to have started in November, but Dodd halted his after wildfires broke out in his district. Coincidentally, the tribes filed their ballot initiative around the same time.

Dodd told LegalSportsReport.com, “Frankly, I didn’t expect it, but it really wasn’t a surprise. They obviously have firm beliefs on what they see should be happening in this area, and that’s their right. But I represent all the people in the state of California, not just the tribes. And I think our approach to this should be more holistic.”

Dodd said the tribes’ initiative is meant to benefit only them and the racetracks, and doesn’t address what many believe is the only lucrative form of sportsbook, online. New Jersey, for example, gets 80 percent of all sports betting revenue from mobile wagering.

“When you look at all gaming interests in California—FanDuel, DraftKings, sports teams, cardrooms … and all these things—so many people were left out of this initiative,” Dodd said. We’ve got to consider them as well as the racetracks and tribes.”

Without including mobile, he said, “sports betting will remain in the shadows in the state of California.” He prefers to shine a light on it and tax it to benefit public education. Excluding card clubs, which operate in cities more than tribal casinos do, would also hobble revenue from sports betting, said the senator.

In an exclusive interview with GGB News on the final day of his eight years as president of California Nations Indian Gaming Association (CNIGA), Steve Stallings commented on Dodd’s proposal. Stallings is also a council member of the Rincon Band of Luiseño Indians, a member of the 18 member consortium.

“We think any expansion ought to be methodical and well-tested,” said Stallings. “Dodd said our initiative doesn’t include online. That doesn’t mean it can’t later be amended. California voters gave us a mandate to keep gaming on reservations. With this we do that, but help some racetracks that need some shoring up to stay competitive.”

Asked why the measure elbows out card clubs, Stalling said, “The state has not enforced the simple statute that 21 is not allowed in card clubs. Why would you expand gaming in facilities that are conducting illegal gaming?”

He further addressed Dodd’s concerns: “Like with internet poker and any gaming expansion, state government sees expansion as a panacea to solve all problems—we know that going in. Most states the taxation on sports betting is not going to solve any budgetary issues. We are concerned about consumer protection and underage gaming.”

Noting that Dodd’s bill would take two-thirds vote in the legislature, he added, “Tribes are not supportive of that process.

“I think we hear a lot of numbers about international sports betting, that’s not true of the domestic market, and it does need to have some regulatory controls to make it competitive for everyone,” Stallings continued. “We are concerned that the game be conducted properly. It’s a low margin business, but for tribes, it is a way to drive business. We know even from Las Vegas for a test case that most of that money in terms of revenue even for online betting is around major sporting events such as the Super Bowl and the Final Four, and those things drive traffic. Everyone is going to come up with economic impact, I don’t think previous attempts have proven those numbers outright.”

Note: Stallings’s successor, James Siva, was elected the following day. Stallings said the new CNIGA board will be following the same policy on sports gaming as the old one.

Needless to say, the position of the state’s card clubs on this issue is somewhat different.

In an exclusive interview with GGB News, Kyle Kirkland, president of the California Gaming Association, which represents the state’s card clubs, said the tribal proposal does more than not allow a place for card rooms at the table. “It gives them tools to bully us.”

He said, “The proposed tribal initiative is a self-serving effort by some tribal casinos to expand their gaming monopoly and ignores the Legislature’s effort to enact comprehensive and inclusive sports betting legislation to protect and benefit all Californians. The tribal initiative limits venue choices, facilitates tribes’ ability to disrupt non-tribal gaming competition like cardrooms and offers no transparency into tribal gaming operations. The hidden purpose of this initiative is to expand the tribal monopoly on gaming activities and harm the California cardroom industry and the communities that cardrooms support.”

A seldom mentioned feature of the tribal initiative, he pointed out, “is it gives them the ability to play craps and roulette, which is currently outlawed in California.” Tribal casinos do offers forms of those games, but they are based on cards, rather than dice or an actual roulette wheel.

But the part that the card clubs really don’t like is the following section:

(a) In addition to any other penalty provided by law, any person in violation of any conduct made unlawful by Chapter 10 (commencing with Section 330) of Title 9 of Part 1 of the Penal Code shall be liable for a civil penalty of up to $10,000 per violation in a civil action brought in the name of the people of the State of California by the Attorney General. In addition, the Attorney General is empowered to enforce this section by issuing a closure order of twenty-four (24) hours for the first offense, a closure order of forty-eight hours (48) for the second offense, and a permanent closure order for the third offense.

(b) Any person or entity that becomes aware of any person in violation of any conduct made unlawful by Chapter 10 (commencing with Section 330) of Title 9 of Part 1 of the Penal Code may file a civil action for civil penalties as provided in subdivision (a), if prior to filing such action, the person or entity files with the Attorney General a written request for the Attorney General to commence the action. The request shall include a dear and concise statement of the grounds for believing a cause of action exists.

(2) If the Attorney General does not file suit within 90 days from receipt of the written request to commence the action, the person or entity requesting the action may proceed to file a civil action.

“This is clearly aimed at card rooms,” said Kirkland. “It gives them their own actions against unlawful and illegal gaming. They can take matters into their own hands if the attorney general doesn’t. That is aimed directly at card rooms They want to be able to use civil courts to enforce the Gambling Control Act. It’s problematic, if they go to AG, they can institute their own suits.”

Under current law, gaming tribes aren’t able to sue directly over violations of the Gambling Control Act. They have to go the attorney general. “You don’t get to enforce the speed limit yourself. You have to get the CHP to do it. It gives tribes open field to use private lawsuits to bully cardrooms,” he said.

Kirkland continued, “If we are going to do sports betting, Gray’s bill is the better approach. The tribes leave it to tribes, and makes the average sports bettor go to a tribe or racetrack. It doesn’t have mobile gaming. Gray’s approach is to be more inclusive and recognize that mobile game is where the money is.”

Kirkland concluded, “From our standpoint we’d like to see something more inclusive and the effort by the tribes to appoint themselves to be cop is an overreach.”