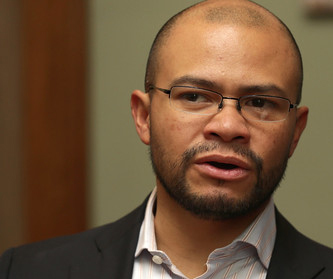 A California superior court judge has given gaming tribes and racinos 90 days gather enough signatures to qualify a sports betting measure for the ballot. The coalition now has three months to gather more than 1 million supporters. Pechanga spokesman Jacob Meija (l.) says there is great enthusiasm for the measure.

A California tribal gaming coalition is moving quickly to gather enough signatures to qualify a sports-betting measure for the ballot.

Before the Covid-19 pandemic took hold, the coalition of 25 gaming tribes and racinos was on the verge of collecting the 1 million-plus signatures required by the state (of 1,096,853 signatures, it had collected 971,373).

On July 2, with the state cautiously moving out of lockdown, Judge James P. Arguelles gave members 90 days to get the rest of the signatures, or until October 12.

The measure would amend the state constitution to allow tribes and racetracks to conduct sports betting. It would not allow mobile sportsbooks or card clubs to offer the bets. It would also allow the tribes to add some table games, including roulette and craps.

Jacob Meija, vice president of public affairs for the Pechanga Band of Luiseno Indians and spokesman for the coalition, talked to GGB News about the group’s plans.

Asked if the coalition has polled California voters on the measure, Meija replied, “Of course. We invested very heavily in conversations with voters statewide, understanding from them what’s important. There’s a lot of voter enthusiasm for the measure. One million people signed our petition in a couple of months.”

“Surprisingly,” he said, there was a lot of support for authorizing craps and roulette, and support in general for tribal gaming.

“Voters have a high degree of confidence in tribes’ ability to regulate gaming,” Meija said. “They have deep respect for the contributions they make to nonprofits. They’ve seen first-hand the job growth and job creation tribes have made, the contributions back to local communities and how tribes have been able to achieve self-sufficiency in terms of healthcare programs and important services that were long neglected by the federal government.”

As of a month ago, the coalition has spent $7 million on the petition drive. Meija declined to speculate on how much the campaign will cost if the measure qualifies for the ballot.

Now that the judge has ruled, what’s next? “First off, we appreciate the court’s appreciation of these unusual circumstances,” Meija said. “There was a lot of enthusiasm for this thoughtful and responsible measure. We’re continuing to do what we can to gather signatures in what is otherwise a difficult environment, given the restrictions caused by the increased number of Covid cases.”

With cases on the rise in the Golden State, how will the coalition gather signatures? “Not every county is subject to the state-at-home order, and not everyone is on the watch list,” said Meija. “There are parts of California that are not. Good for them. We’re doing what we can to collect in the 19 counties that are open. We found some stores that are open, and with physical distancing, face covers and gloves, voters are engaging—just not at the levels they were pre-Covid.”

It’s unclear whether the tribe will be gathering signatures for this year’s ballot or 2022’s. Meija said, “There’s some factors and considerations there. Our focus is to collect our remaining signatures and to get certified and qualified.”

Often a ballot measure campaign involves a lot of educating of the public. This time, says Meija, the public made known its desire that sports betting should be limited to brick-and-mortar facilities.

“It’s actually the voters who told us it’s not a good idea at this time. That was part of the polling,” he said. So were other factors. “The measure would permit sports betting at tribal casinos and racetracks. It would be limited to those over the age of 21 and bettors must be physically present to place a wager.”

He added, “It would not allow for marketing to minors and would authorize the legislature to create consumer protections to ensure protection of the sporting event. This is the most comprehensive measure to be offered in California since the Supreme Court ruled that sports betting was legal.”

Some of the consumer protections the legislature might adopt include protections against corruption within the sports themselves. “There are standards that have been discussed, including addressing whether participants, owners and executives should be able to place wagers.”

Asked whether the coalition tribes see the measure more as a way to put more money in tribal coffers or as an amenity to bring more players to tribal casinos, Meija said, “I think by and large tribal leaders view it as a simple amenity to offer. All the research indicates that it’s not a big revenue driver for individual properties. Tribal leaders are proposing this measure to establish sports wagering in a very responsible manner, in a way voters can have confidence in and which hopefully earns their support.”

Bill Colleoni of Odds.com projects that if sports betting is legalized in California, it would generate as much as $1.5 billion and pay the state $200 million. How much the state would actually get would be subject to negotiations when the tribes seek new compacts.

Several weeks ago, an attempt by State Senator Bill Dodd to craft a referendum that went around the tribes ran aground on their opposition. Dodd’s bill would have allowed card clubs to continue a banking practice that gaming tribes consider illegal, and would have authorized mobile sports betting, which they currently oppose.