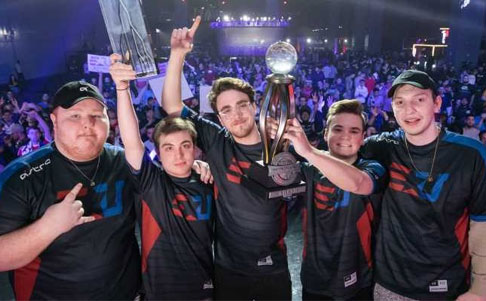 The 2022 Call of Duty Kickoff Classic starts this week, January 21-23, with some can’t-miss team competition. Will Atlanta FaZe prevail once more?

The 2022 Call of Duty League (CDL) Kickoff Classic will feature all 12 teams battling it out on LAN. Zenni Gaming presents the event, which takes place Friday through Sunday, January 21-23, at the Esports Stadium in Arlington, Texas. This unofficial tournament offers no CDL Points but has a $30,000 grand prize for the winner.

The bracket was seeded by each team’s finish in the CDL Championship standings last season. Atlanta FaZe, Minnesota RØKKR, OpTic Texas and Toronto Ultra ended in the Top 4, which means they get a bye in the event (OpTic Texas actually finished fifth-sixth but is made up of half the former Dallas Empire roster, which placed fourth).

The Call of Duty League, Friday through Sunday, February 4-6, will feature 12 teams in four regular-season Majors. There will be three different game modes in Vanguard: Hardpoint, Search-and-Destroy and Control.

The event will follow a hybrid online/LAN model, and every Major will feature four weeks of matches. The first three weeks is devoted to qualifying matches, with teams playing against randomly drawn teams. The first major is in Texas, hosted by OpTic Texas. Each team will host a different tournament throughout the year. The Top 8 teams will then compete in a live LAN event in front of their fans.

Attending the Call of Duty League are:

Atlanta FaZe won the first seed in the regular season and is expected to dominate in the Call of Duty League. FaZe went undefeated for a time, winning multiple Majors. This group seemed unbeatable, and nobody was looking to challenge them.

But the other contenders have grown to the point they can now compete with the likes of Atlanta. For example, keep an eye on Toronto Ultra. Of all the squads on this list, it has the best combination of team play and individual talent.

The hosting team, OpTic Texas, has struggled this past year, but is now recovered and showing real signs of life. Among its rivals, OpTic Texas has a hidden advantage. While the team isn’t as strong as it was last year, it’s improved to the point that it could pose a serious threat to Atlanta. In fact, it may secure another championship.

Get a free $5 game plus an instant match deposit up to $100 when you sign up to wager at Monkey Knife Fight. MKF is built to be fun for the average fan!

As mentioned above, the main attraction right now is Atlanta FaZe, which is the face of the league and the franchise as a whole. aBeZy represents the champion team and, despite his age, will be the man to watch. Without a doubt, this is the best player in the league.

His old rival Shotzzy is another one to watch out for; he’s part of the group that formed OpTic Texas and other teams.

Another former champion, Clayster, will participate, leading the New York Subliners team for the second season in a row.

Several agent players are also looking for spots on the Call of Duty League roster for 2022. These unrestricted free agents just might make it into the league:

Some players are also contracted to specific CDL teams but can look for opportunities in other franchises. One example is Anthony’ Methodz’ Zinni (Toronto Ultra). 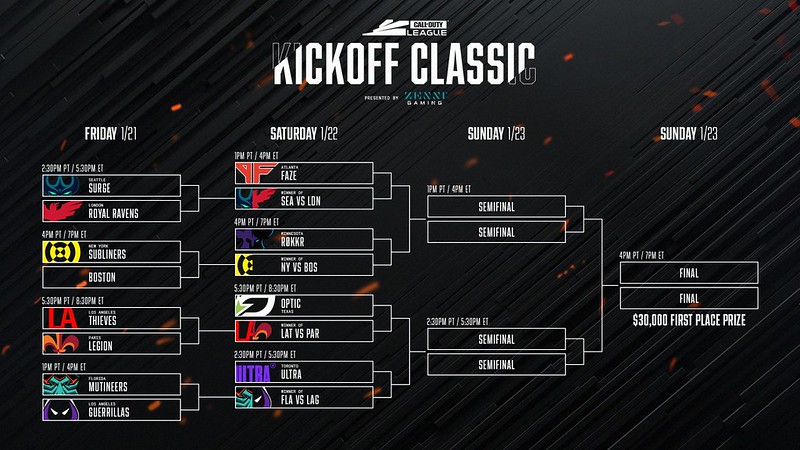 Our Pick, & a Possible Upset

The Call of Duty League 2021 season ended on a high note, with plenty of memorable moments and exciting play. Atlanta FaZe walked away with the trophy; with aBeZy as a threat, the team could haul off more hardware this time too.

However, Minnesota RØKKR is predicted by some to rival Atlanta and win the tournament. In the last tournament, RØKKR displayed excellent performance and made some impressive plays, and in Stage 5, pulled off one of the greatest comebacks in Call of Duty history, defeating Toronto Ultra in the Major. In that memorable performance, the team came back from a 4-0 initial defeat to a 5-4 victory.

This might be a risky call, but Minnesota RØKKR is bright with potential. In a league packed with fun competitive matches, RØKKR might unseat Atlanta to emerge victorious.

Esports fans, we’ve got your back—and your bonuses. Check in with iGamingPlayer for up-to-date esports news, insights and promotions. Sign up below.