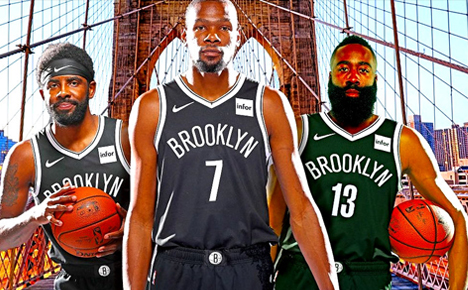 By consensus, sportsbooks are calling for the Brooklyn Nets to clinch the NBA Playoffs. But optimally, the Big 3 of Durant, Harden, and Irving should all show up at the same time.

No less than Boston Celtics Head Coach Brad Stevens has called the Brooklyn Nets the team to beat in the 2021 NBA Playoffs.

And Stevens should know. Over seven seasons in Boston, he’s missed just one playoff series, in his inaugural outing. Since then, he’s led the Celts to two conference finals, and will be in play this time around too, facing the Nets on May 22.

Boston will come locked and loaded, as the Nets won all three matchups with the Celtics during the regular season, despite injuries and Covid threats that kept the Nets’ Big Three—Kevin Durant, James Harden, and Kyrie Irving—from playing together consistently.Under Head Coach Steve Nash, the team has led the NBA in offensive rating (118.3) in the regular season, and scored the second-highest points per game (118.6).

Impressive, sure, but in the playoffs, the Nets need all three superstars on the court to make it a sure thing. Assuming the Big 3 stay fit, the Nets could win the first NBA title in Nets history.

Most sportsbooks think they’ll do it—they’re 11-5 with William Hill—and so does Stevens, who called Brooklyn “the best of the best” rounding into the postseason.

Score $2 in Free Bets for every Curry 3-Pointer at BetMGM.com! Place a wager of $25 or more on any Golden State Warriors game. Get up to $50 in Free Bets.

Durant on Finishing the ‘Journey’

After whupping the Cleveland Cavaliers Sunday night, Durant said, “We obviously have principles and a foundation we want to build on, but it’s a new season for us and I think that’s the mentality we all will have.

“The big goal for us this year was to try and be as healthy as possible by the end of the year and keep everyone on the same page and excited about what we’re doing. So mission accomplished there,” Nash said, then added, “We’ve got to rise to the occasion and be ready to go.”

Asked if the Nets will win this year’s NBA Playoffs, Durant, who won two NBA titles with the Golden State Warriors, wasn’t over-confident—and that’s a plus.

“I look at it like we’ve got a lot of talent on this roster, we play together, we play hard, and we’re healthy right now,” Durant said. “If we come out and play desperate basketball and smart basketball to start, we put ourselves in good shape. But you never know what’ll happen, man.”

Register a new-player account at WilliamHill.com, and brace for big bonuses. Even if you lose your first bet, you’ll earn a Free Bet in equal value up to $500! 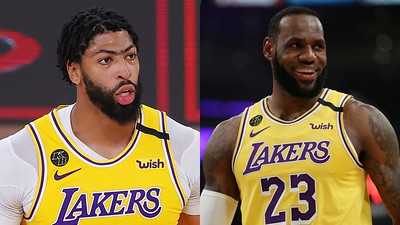 According to BetQL, former NBA player and sports commentator Brian Scalabrine appeared on You Better You Bet to discuss the Lakers’ playoff chances. “The only way the NBA has a chance to beat (LeBron James) and Anthony Davis is for those guys to be sort of banged up or sort of slowed down or worn out,” said Scalabrine, aka the “white Mamba.”

“People love LeBron or hate LeBron. But he’s a brilliant player that can look at what another team is doing and exploit it over and over again.”

So clearly, never count out King James and his court. And don’t dismiss the Lakers franchise that’s produced some of the greatest players ever. Kareem Abdul-Jabbar. Magic Johnson. Shaquille O’Neal. And the late Kobe Bryant. Over 73 seasons, the Lakers have a 0.595 win percentage overall, and 61 playoff appearances, and are tied with the Celtics for number of championships won (17).

Here are the current NBA Playoff odds at BetMGM:

Get a 20% Profit Boost for any NBA Bet every day of the Play-In Tournament at BetRivers.com! Maximum Bet $25, Maximum additional winnings $250.

Get the latest NBA news, including live odds. Subscribe to iGamingPlayer.