It’s the Phillies vs. the Astros in the World Series, one which came together in an odd way. It’s the best in the American League vs. the worst (in terms of seeding) in the National League. So who wins and what are some decent props?

The World Series begins on Friday and one team, the Houston Astros, that should be there is facing an unlikely opponent in the Philadelphia Phillies.

There were three 100-win teams that made the National League playoffs, yet not one of them reach the League Championship Series. In the American League, it worked out as it should, with the two top teams facing off in the LCS.

The Los Angeles Dodgers won 111 games but were ousted by the San Diego Padres, who went on to eliminate the New York Mets who won more than 100 but lost the NL East by one game.

The Atlanta Braves, so hot in the latter stages of the season, went down meekly to the Phillies, who barely squeaked in for the last playoff spot. So a Phillies-Padres LCS was not anticipated, nor was the Phillies advancing to the World Series with just 87 wins.

The top American League team, the Houston Astros, won 106 games during the regular season. And now they’ve won seven in a row in the playoffs, dispatching the New York Yankees in four straight.

So just going by the numbers, you’d think the Astros are heavy favorites. And you’d be right. The Astros are -190 at BetMGM. In Friday’s Game 1, the ‘Stros are -165, a little lighter. So will the Astros continue their winning ways? No team has ever swept all playoff and World Series games. The first one to go into the World Series undefeated in the playoffs was the 2007 Colorado Rockies. And they in turn got swept by the Boston Red Sox. 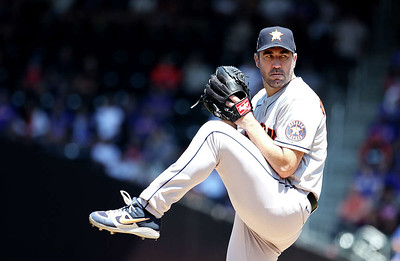 Let’s talk about matchups. The Astros have the superior pitching with a rotation of Justin Verlander, Lance McCullers, and Framber Valdez—all superior pitchers. Verlander had an incredible season. He won 18 games with an ERA of 1.75, one of the best in history. And this from a 39-year-old player who is coming off Tommy John surgery.

But there’s a dark cloud there, when it comes to the World Series. He’s made seven starts with the Detroit Tigers and the Astros and his record is 0-6 with an ERA over 5. Game 1 anyone?

After the first three stellar pitchers, Houston still has great options for Game 4 with either Jose Urquidy or Cristian Javier, both of whom can contribute quality starts.

As for the Phillies, they’ve got two dynamos, Zack Wheeler and Aaron Nola, who both can be lights out. After that, it gets a little thin. Raoul Suarez closed out the Padres in the deciding game, but can be inconsistent. And game 4? Noah Syndergaard was once a quality pitcher but now is a bullpen game kind of fill in.

Both lineups are packed when it comes to power. Bryce Harper, the teen phenom from Las Vegas a decade ago, won the MVP in the NCLS with his power.

On the Astros side, they lost excellent shortstop Carlos Correa in free agency last winter, but brought up rookie Jeremy Pena to replace Correa, who had a terrific season and won the MVP in the ALCS. And let’s not forget Yordan Alvarez, the rookie of the year in 2019, who has come into his own as a true superstar—to the chagrin of the Dodgers, who traded him away in 2016.

So who wins the MVP for the World Series? All of the above-mentioned players have a great chance, with Alvarez at +600 and Harper at +700, sometimes the gods declare a better winner—a longer shot, if you will.

Since pitchers rarely get the MVP—unless they win two dominant games—let’s focus on the position players. If you favor the Astros, you can’t ignore Alex Bregman (+1000), Jose Altuve (+1300) and Pena at (+1800).

For the Phillies, heroes are behind every corner. Kyle Schwarber (+1300), and JT Realmuto Wheeler at +1800—OK he’s a pitcher but most likely to dominate in an underdog role.

I never underestimate an underdog so I’m betting the Phillies for the series at +170. I’ll owe you a cheesesteak if I’m wrong!

Prediction: Phillies over Astros (+170 at Caesars)