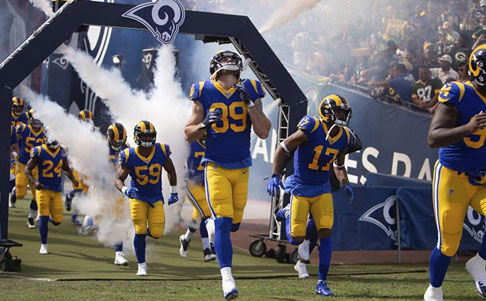 The Los Angeles Rams took home the Lombardi Trophy for the 2021 NFL season by defeating the Cincinnati Bengals in Super Bowl LVI. L.A. is about as talented as any team there is in football, and has managed to hang on to most of that talent this offseason while also adding to the roster.

I believe the Rams have a very good chance to win back-to-back Super Bowl championships, and not just because they’re extremely talented. No team has been able to win the big game two seasons in a row since the New England Patriots accomplished that feat between the 2003 and 2004 seasons. But there’s a real chance it could happen again here with the ultra-talented Rams.

BetQL subscribers can see more betting trends and best bets, including NFL, every day. Sign up now for a BetQL Day Pass! 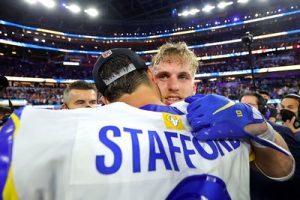 The team retained most of its championship winning squad, with QB Matt Stafford, WR Cooper Kupp and DL Aaron Donald all coming back for at least one more season. They did lose T Andrew Whitworth to retirement, LB Von Miller to the Buffalo Bills and WR Robert Woods to the Tennessee Titans in a trade. However, they signed former Jaguars and Bears star WR Allen Robinson to replace Woods, who wasn’t even a part of their playoff run due to injury.

Still, did you notice where those players headed after departing L.A.? They went to the AFC, which could be at its strongest point in history right now. The NFC looks to be at its weakest point in all the years I’ve been watching football, with many notable stars leaving for an AFC team. 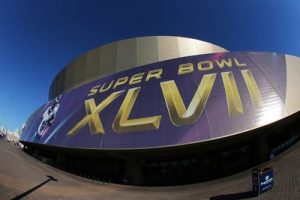 Who’s the best QB in the NFC outside of Stafford? Tom Brady, obviously, but can the Bucs really get it done with team that doesn’t quite measure up to the Super Bowl LV champs? How about Aaron Rodgers with a Green Bay Packers team that lacks talent overall and can’t win big games? Disgruntled and often bad Kyler Murray? Dak Prescott?

I’m not buying any of them besides the magic of Tom Terrific, who easily would be their biggest threat. All that should have the Rams absolutely stoked for the 2022 season to kickoff, as the path to the Super Bowl looks like ooey-gooey butter cake with how weak their conference is relative to them overall.

Meanwhile, Caesars Sportsbook favors the Buffalo Bills to win Super Bowl LVII in Glendale, Arizona next February at +700. Tom Brady and the Tampa Bay Buccaneers are next at +800, with the Kansas City Chiefs at +900 and the Green Bay Packers at +1100 due to the loss of star receivers Tyreek Hill and Davante Adams. The Rams conclude the Top 5 at +1200.

*All odds courtesy of Caesars Sportsbook