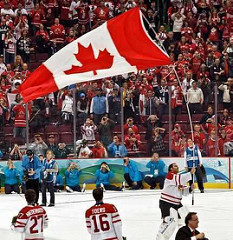 Toronto Sun journalist Harley Redlick, who specializes in the gaming industry, recently predicted Canada will allow sports betting within two years to safeguard casino jobs and steady the economy. Redlick said, “It is just a shame we always have to react to the U.S. versus proactively doing the right thing when we have the chance.”

Redlick added, “Even though we are the more liberal country in terms of legalizing recreational drugs, our old fashioned sports betting views are about to cost jobs and hundreds of millions of dollars, and will continue to make our underground bookmakers rich.”

Canadian Gaming Association President Pat Burns noted, “Canadians are wagering in excess of over $4 billion per year through offshore online sites and an additional $10 billion through organized crime essentially. And they’ve chosen those routes because that’s the product they want.”

Burns said the CGA has twice before tried to amend Canada’s criminal code to allow single-event sports wagering. He stated the U.S.’s recent legalization of sports betting is an indication the Canadian government should reverse its domestic ban on sports betting.

Under Canadian law, governments may run lotteries but may not allow wagers on single sporting events. The Ontario Lottery and Gaming Corporation in Ontario allows ProLine and sports betting, but only by wagering on multiple events or parlays. Bettors who want to make a legal wager on a Stanley Cup game in Canada also must bet on other games on the same ticket, which lowers the bettor’s chances of winning.