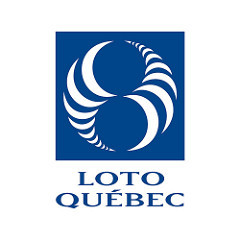 Quebec overstepped its jurisdiction in 2016 when it passed a law requiring internet service providers to block sites not authorized by Lotto-Quebec, a Canadian Superior Court has ruled.

The law was criticized as a censorship of the internet and violating net neutrality. However, the court ruled that the province was out of its jurisdiction because the law touched on telecommunications and criminal law, both of which are regulated by Canada’s federal government.

The law—which had not gone into effect—had been challenged by the Canadian Wireless Telecommunications Association, which said it was pleased with the ruling.

“We have always been clear all Canadians are better served by a proportionate and symmetrical set of federal regulations than a patchwork of provincial regulations,” the company said in a press release.

The bill stemmed from the province’s Finance Department which maintained that Lotto-Quebec’s online gambling platform was losing money, partially due to Quebec residents playing on unlicensed sites. Officials also said the law would protect gamblers from sites not using responsible gaming rules set by the provincial government.

Justice Pierre Nollet, who ruled on the case, seemed to agree with critics that charged the province was simply trying to protect Lotto-Quebec and raise its revenues.

“The veritable character (of the law) is to prevent gaming websites not exploited by the government from being accessible, and not about protecting consumers or their health,” he said.

Nollet also cited Canada’s 1993 Telecommunications Act in his decision, which he said enshrines into law the concept of net neutrality.