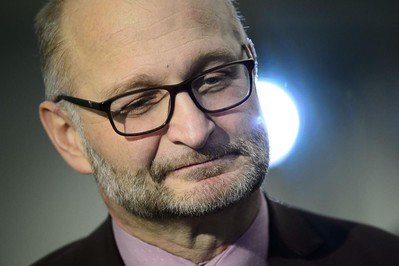 After more than a decade trying to get Canada to support single game wagering, that goal may be close at hand. Attorney General David Lametti (l.) has introduced a bill in the House of Commons to amend the criminal code to remove the language against such bets.

Canadian Federal Justice Minister and Attorney General David Lametti introduced Bill C-13 November 26 in the House of Commons. The bill would allow legal sports wagering on single events. Originally introduced as the Safe and Regulated Sports Betting Act, the bill will now be reconsidered amendment to the criminal codes.

The legislation would repeal a portion of the country’s criminal code which states that sports betting is only legal if players bet at least three games or more at the same time, known as a parlay. By repealing this section, Canadians could place bets on single sports events, similar to the U.S. and other regulated jurisdictions, according to iGaming Business.

While provincial lotteries now offer a parlay market, online and illegal operators do an estimated $15 billion in offshore wagers while just $500 million is bet in Canada legally through the lottery.

Passage would also allow other sports betting operators to enter Canada and create a competitive marketplace. In provinces and territories that choose to offer single-event sport betting, Canadians would have an opportunity to engage in this activity in a regulated environment, either online or in physical facilities.

Bettors in Canada can thank the spread of legal sports betting in the U.S., especially in states that border Canada, according to Legal Sports Report.

“We are grateful for the government stepping in to ensure passage,” said Canadian Gaming Association CEO Paul Burns. “The bill enjoys strong support from all the major parties in the House of Commons so we are extremely confident it will be able to pass.”

“The CGA is pleased that the federal government has recognized the urgent need to… offer safeguards to Canadians as well as an economic recovery tool for the provinces devastated by the Covid-19 shutdown.”

“Because it’s a government bill now, this is a huge step, because in all likelihood this is going to get done,” Kusmierczyk told the Windsor Star.

Once approved, Burns wants broad access to opportunities “I don’t want it strictly limited to one channel. I want to have a nice variety of land-based and online offerings. Being able to have a more robust offering is what the public is looking for. That’s what will make it successful,” he told Covers.

As in the U.S., Canadian provinces would choose how they wish to implement sports betting, but unlike the U.S. they can do without new laws at the provincial level.

“So this could happen really quickly,” Burns said, adding Canada’s gaming and hospitality industries could use that speed now more than ever, due to the economic impact of Covid-19 during the past three months. “For gaming and hospitality, it would be huge to come out with a new product. For the CFL, it’s a great tool for them, providing access to a new revenue stream.”

Supporters say previous bills passed by the House of Commons only to die in the Senate.

This time around, Kusmierczyk arranged a meeting between Prime Minister Justin Trudeau and more than 30 workers and union leaders from Windsor-Essex designed to reinforce the bill as a way to protect 2,500 jobs at Caesars Windsor.

New Democrat Brian Masse, who has pushed for single sports betting for more than 10 years, said getting it adopted by the government was important. “It still has to get past Parliament and the Senate, but it’s on the right path.”

A regulated sports-betting framework could be launched by the second half of 2021.

“Although the market is relatively small compared to the US, it could increase the overall North America total addressable market (TAM) by 10 percent-30 percent,” he wrote in a note to investors. “The U.S. TAM has been a widely debated topic, but we contend the opportunity should include North America, making TAM estimates more attainable. Second, federal legislation in Canada builds upon main stream acceptance and regulatory momentum in North America, which should help facilitate progress in the U.S. Lastly, a number of public companies are in a strategic position to participate in the Canadian market as well.”

Some of those companies that could benefit, according to Union Gaming, include operators like Penn National Gaming, Caesars, Century, and Bally. Suppliers include IGT, Scientific Games, Kambi and DraftKings, both as a supplier and operator.