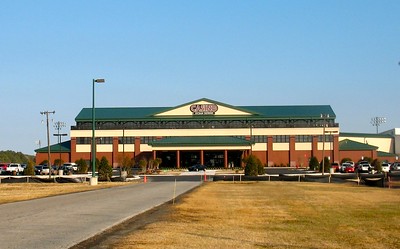 In Maryland, the Worcester County Commission approved an overlay zone for an entertainment district that eventually could allow Ocean Downs Casino to build a hotel. Local hotel officials said the market is saturated and expressed concerns the casino hotel would steal business.

The Worcester County Commission in Maryland recently voted 5-2 to approve an overlay zone for a casino entertainment district, which would allow Ocean Downs Casino to expand. Ocean City Mayor Rick Meehan and local hospitality industry representatives objected. Commissioner Joe Mitrecic, who voted against the text change, said, “I can’t vote for this and I think down the road we’re going to be very sorry we did it.”

Supporters said the overlay zone would expand types of uses on the site and attract more people to the casino. The casino’s attorney, Joe Moore, said any additions would be subject to a two-phase approval process. He noted casino officials had met with Ocean City hoteliers and were committed to limiting any potential hotel to 150 rooms. He said, “We do not want to get in anybody’s way. We don’t want to compete with Ocean City. We want to get folks to come to the casino so that we can increase our income. That translates directly to the increase in the taxes that we pay that go directly to Worcester County, Ocean Pines, Berlin and Ocean City.”

Ocean Downs Casino General Manager Bobbi Sample pointed out the casino provides hundreds of jobs and has contributed $29 million in grants to the community since it opened. It directs half of its revenue to the state and local governments. She said, “That becomes a partnership. You depend on that money to take care of things in the county. We are in this together. As our business does better the area does better.” She added the casino wants to continue to offer live horseracing.

Sample agreed with Moore that the approval of the overlay zone “does not give us carte blanche to start building tomorrow.” Also, as Moore noted, Sample said the casino hotel would not compete with Ocean City hotels. “What we would be targeting with a hotel on our property would be people who like to gamble and have the wallet share to be able to gamble. We want to give them more reason to stay on our property for longer and more frequent trips,” she said. Sample added the casino would commission a traffic study of Route 589.

However, opponents said the casino was just trying to find a way around the city’s prohibition of a hotel on the casino property. Susan Jones, representing the Ocean City Hotel-Motel-Restaurant Association, said, “For more than a decade we fought against the casinos for fear that that limited disposable income would be steered away from the mom and pop people who have built our community and go directly to the large gaming corporations. We are very happy that did not happen, however we believe that didn’t happen because we collectively collaborated on the original legislation.”

Jones added the Ocean City lodging market is saturated, since 1,000 new hotel rooms had been added in the past few years. She added, “Covid-19 has really driven a lot of tourist businesses to the brink. This is a really hard time. We just urge you to take a pause. This decision you make today is a forever decision.”

But another association official, Larry Perrone of the Ocean Pines Association, said he supported the casino proposal. He said, “If the casino is able to bring people in, ultimately everyone gets a little bigger piece of the pie.”

Commissioner Chip Bertino said Ocean Downs had been a good neighbor for the past 10 years and paid an excessive tax of 46 percent. “I don’t believe government has the right to restrict businesses from doing business. What they’re trying to accomplish is going to benefit all of us if they can drive more people through the doors of that casino.”