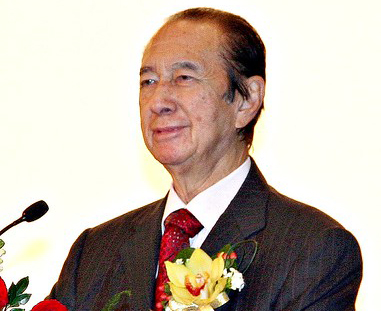 Stanley Ho, who went from riches to rags and back, and founded a gaming dynasty in Macau, died May 26 in Hong Kong. Ho built Macau’s gaming industry into the most important in the world, and became a billionaire in the process.

Stanley Ho Hung Sun, the Hong Kong billionaire who was instrumental in building Macau’s gaming industry into the largest in the world, died May 26 at Hong Kong Sanatorium & Hospital. He was 98.

Over the last 20 years, Ho’s casino empire contributed as much as half of the Macau government’s tax receipts. His far-flung business interests dominated the territory’s economic life in travel and transportation, banking and retail, in construction, hospitality and pari-mutuel betting. For decades, Ho was one of Asia’s richest people, with a personal fortune estimated at HK$50 billion (US$6.4 billion) in 2018, according to the South China Morning Post.

He was a philanthropist of renown who contributed billions of dollars to various institutions and charities in Hong Kong and Macau. His name appears on 12 museums, hospitals and sports facilities in the two cities, and he was the only living person to have a street in Macau named after him. When China opened to the west in the 1980s, Ho became an influential figure on the mainland as well, and cemented his relationship with the central government by gestures like donating bronze animal heads looted from the Summer Palace in Beijing during the Second Opium War.

Ho was a controversial figure as well, targeted repeatedly by international law enforcement for his reputed affiliation with Hong Kong’s organized crime families, the triads. Ho was never charged with any wrongdoing, but the taint followed him in his attempts to extend his gaming empire into Australia and North America.

Ultimately, it didn’t matter. In Macau, Ho was known as the “Casino King.” His Hong Kong-listed Sociedade de Turismo e Diversões de Macau held a government-endowed monopoly on gambling in the city from 1962 until the territory reverted to Chinese sovereignty in 1999 and the monopoly was dismantled in 2002.

His ties to the one-time Portuguese colony dated back to the Second World War. Ho was born to a wealthy Eurasian family ensconced among Hong Kong’s British banking and business elites, but the family eventually fell into poverty, and he fled to Macau during the Japanese occupation. There he made his first fortune smuggling goods into the neutral Portuguese city and married into a wealthy Portuguese family.

Inspired by the casinos of Europe, he worked to elevate the Macau industry from its pre-World War II roots—fantan houses purveying mostly traditional Chinese games—by introducing a Western-style experience.

Sealed off from Mao’s China in the ’60s and ’70s, Macau catered mainly to avid gamblers from Hong Kong. In 1971, Ho opened Casino Lisboa, the company’s flagship, and featuring a hotel. There he and his partners pioneered the practice of leasing baccarat rooms to third-party promoters who provided travel and other perks for gamblers and extended credit in the form of non-negotiable chips𑁋the junket system still in use Macau’s VIP sector today.

When the new government opened the market to competitive bidding in 2000, Ho formed Sociedade de Jogoes de Macau (SJM), which was awarded one of three concessions, the others going to Galaxy Entertainment, an offshoot of a Hong Kong-based construction conglomerate with no casino experience, and Steve Wynn’s Las Vegas-based Wynn Resorts.

A dispute between Galaxy and its erstwhile partner, Las Vegas Sands, resulted in LVS winning a subconcession, a system that was then extended to SJM and Wynn and which allowed Ho to set up two of his children in the business.

Pansy Ho Chiu King would go on to inherit control of Hong Kong’s Shun Tak Holdings, the umbrella company for most of her father’s interests outside gaming, and was installed as a major shareholder of MGM China Holdings. Lawrence Ho Yau Lung was partnered with James Packer, the son of Australian media and casino magnate Kerry Packer, in the purchase of Wynn’s subconcession. That led to the formation of latter-day gaming powerhouse Melco Resorts & Entertainment. Both Pansy Ho and Lawrence Ho are now billionaires in their own right.

In the years that followed, however, SJM’s business model, consisting of more leased casinos than wholly operated ones, came to appear old-fashioned, and the company gradually ceded command of the market, though not its VIP share, to the massive investments of its rivals.

Ho responded in 2007 with the opening of the tallest building in Macau, the lotus-shaped Grand Lisboa across the street from the old Lisboa. But when his health began to fail, squabbles over money among his many wives and children proved a distraction. Without his leadership, SJM was slow to respond when the center of gravity of Macau gaming shifted to Cotai. SJM is still the only concession without an operating property in the burgeoning Cotai casino and tourism district, although completion of Lisboa Palace is slated for 2021.

In 2009, Ho suffered a debilitating stroke that forced him to withdraw from day-to-day control of his businesses, though he remained titular chairman of Shun Tak and SJM. In time, his interests were divided among his three surviving wives and 14 surviving children, a process that has seen his last wife, Angela Leong On Kei, a former dance instructor, emerge as a force in local business and politics. She is a member of the Macau Legislative Assembly and a controlling shareholder of SJM.

Commenting on her father’s death, Pansy Ho described the “unspeakable sadness” of her family.

Although we know the day will come, it does not ease our sorrow,” she said. “Dad will stay in people’s hearts forever and our family will continue to contribute to society.”